Burna Boy, the Grammy Award-winning Afrobeat musician, has won the BET Award for the third time, as he wins the BET 2021 "Best International Act Category." 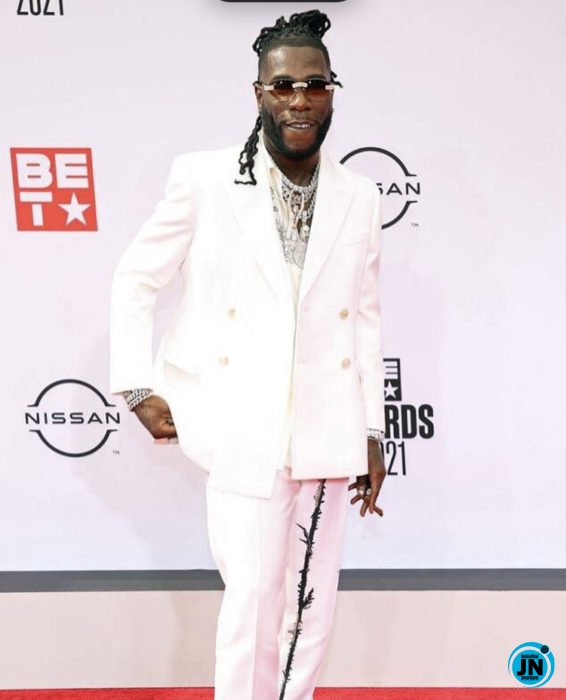 Burna Boy has dominated the category for three years in a row, outperforming his peers in the music industry.

He was nominated alongside his fellow singer, Wizkid, this year, and Nigerians have been wondering who would win, which is now clear.


Burna Boy just earned a Grammy Award for his music album "Twice As Tall," which won the "Best Global Music Album" category, showing to us that he is indeed the Odogwu of the music industry. We congratulate him on his achievement.

The BET Award is one of the most prestigious in history, and this year's presentation is a special occasion with the theme Year of the Black Woman, highlighting Black women's incredible achievements in show business, sports, and beyond.

The Who's Who of the Entertainment Industry, both at home and abroad, attended the show, which was hosted by actress Taraji P. Henson.

Angry Dad slaps his son multiple times for failing woefully in school despite paying $21k (N8 million) school fees (Video)
5 Times Iyabo Ojo's Daughter, Priscilla Showed Us She Is A Beauty To Behold This 2020
13 Times Tiwa Savage Look Very Pretty And Younger Than Her Age
“Sometimes we go apart to understand the value of getting back together” – AY Makun writes glowing tribute to Psquare