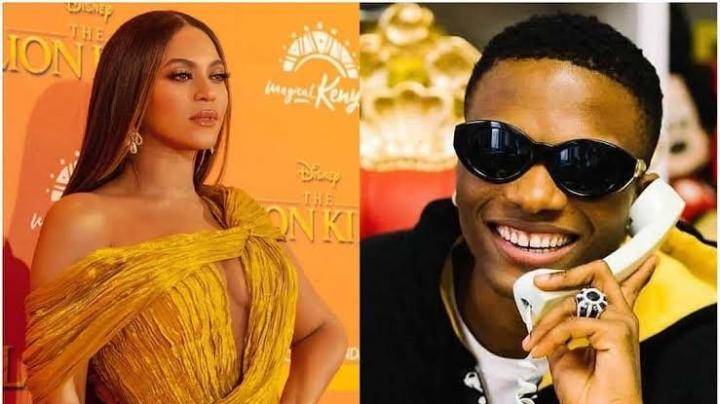 The Nigerian internationally recognized super star singer has yet again bagged a goody for his work on the song ‘Brown Skin Girl’ by Beyoncé and Saint JHN featuring Blue Ivy Carter.

In the early hours of today, it was announced via Soul Train Music awards that the song, Brown Skin Girl which glorifies the black skin of ladies has won the award for video of the year. 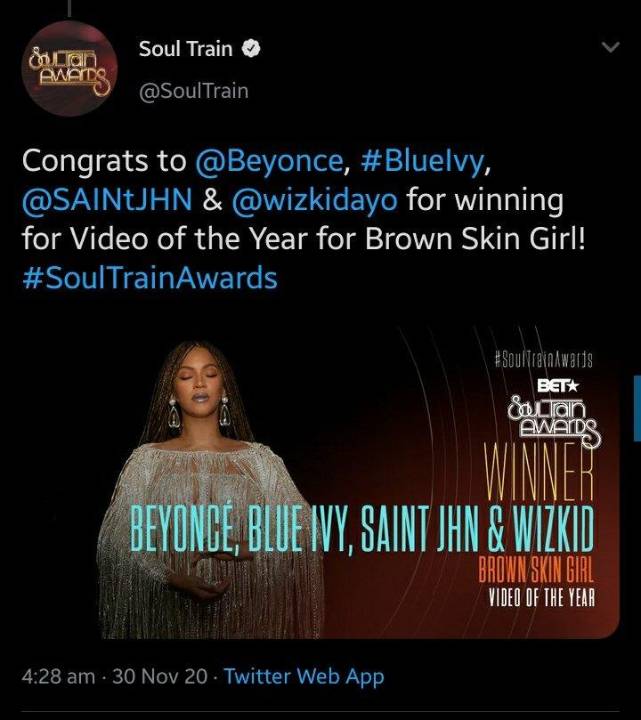 However, this happened to be Wizkid second win at this prestigious foreign award and he already has four nominated at the awards. 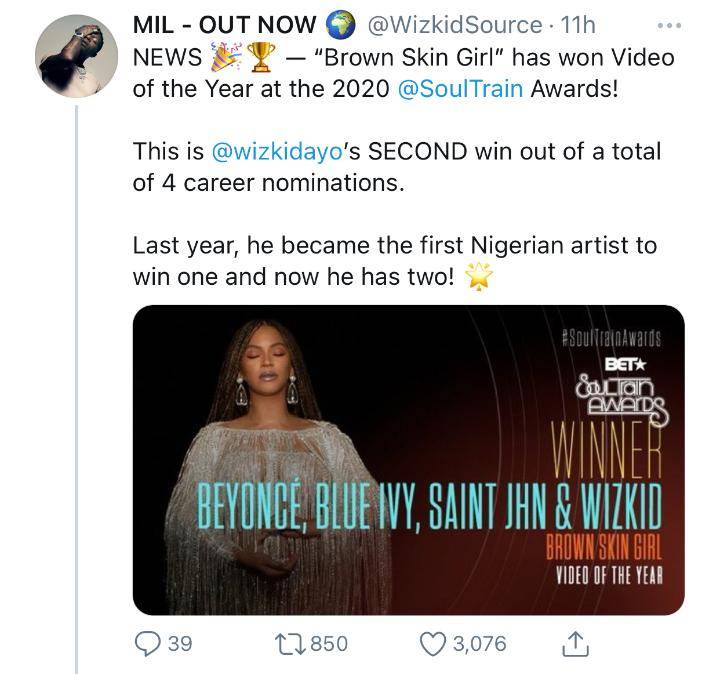 Well, but something did no sit well with some of his fans have they have attacked Beyonce for allegedly not submitting Wizkid’s name for the Grammy Awards.

The nominated for the 63rd Grammy Awards were released last week and it seems Wizkid, Saint JHN and Blue Ivy Carter (her daughter) won’t be getting a Grammy nomination nod as they’re name were not listed for ‘Brown Skin Girl video’ nomination.

According to them Soul Train recognized Wizkid because Beyonce submitted Wizkid’s name but she didn’t do it that way for the Grammy Awards.

See how some of them reacted below: 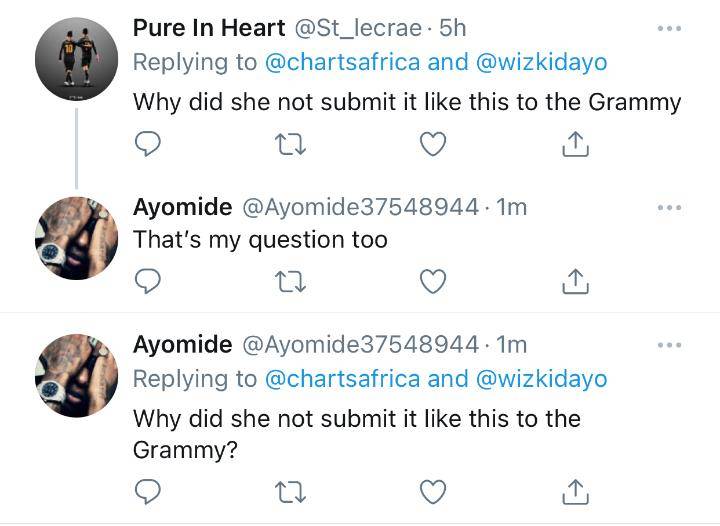 Why did Beyonce not submit wizkidZ name