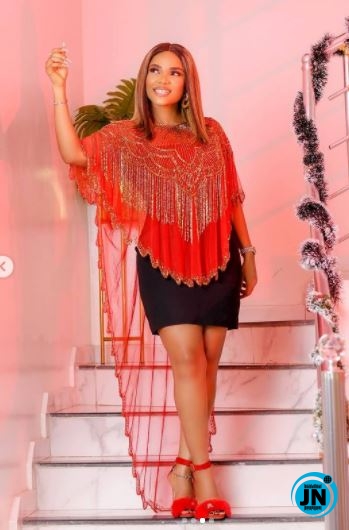 Popular Nollywood actress Iyabo Ojo has taken her Instagram to tease her fans with an adorable photo days after slandering the entitled ones.

The mother of two shared a photo of herself rocking a red detailed top flowing at the back, with a black skirt and a pair of red shoes to complete her outfit. She captioned the photo;

Kemi Filani News recalls that the actress took to her timeline recently to warn her entitled lovers who constantly beg her for money. She discussed those who leap to her social media handles to beg for monetary favor.

She made this known via her Instalive chat, asserted that people do not have the freedom to ask her for money just because they are her fans.

She also spoke against the people who take up various responsibilities when they don’t have the money to see it through. Iyabo Ojo who further stressed that she has many mouths to feed expanded that time holds for no one and everyone should make hay while the sun shines. 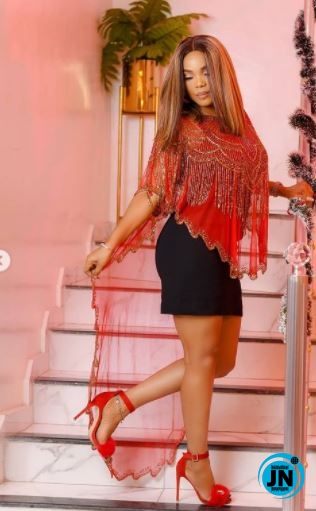 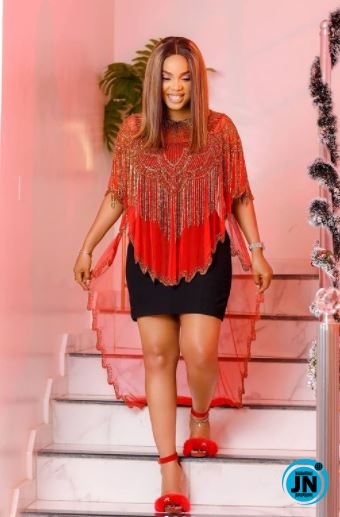