Popular Nigerian Nollywood actress, Nancy Isime has recounted how she attempted to killer herself years ago but survived it. 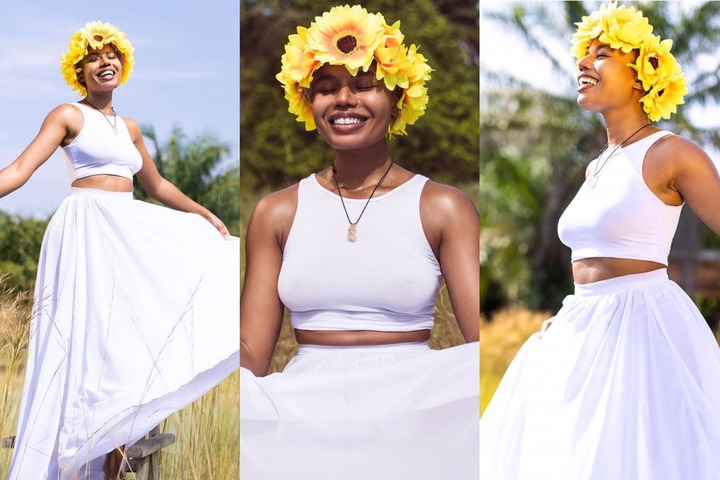 The brown skin media personality and actress who featured in blockbuster movie, “Merry Men” took to her verified account on Instagram to give thanks after her birthday and while doing that, she recounted on the past.

Nancy Isime stated in her Instagram post that she waited so long to meet this version of herself because in the past she has survived deteriorated mental health, depression, suicidal thoughts and as well surviving one suicide attempt.

She further stated that, she never knew she would make it go to her twenties in life, talk-less of making it to her late twenties.

She then stated that she could not thank herself enough for the works she continued to put in towards her mental health.

She rounded up her revealing caption by stating that the age 29 is such a significant year for her so she can not wait to experience it. 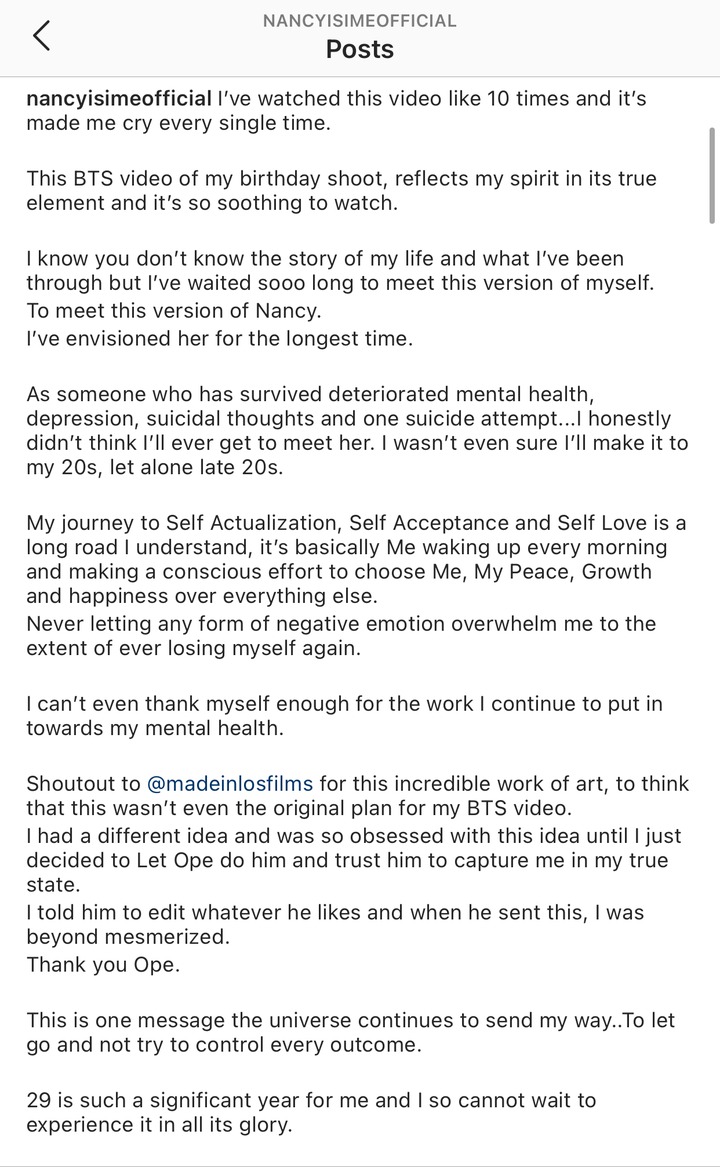 BBNaija 2020: Evicted Housemate, Ka3na Reveals Who She Thinks Will Win
‘Mad Oh’ - See Reactions As Olamide Reveals What He Learnt During This Lockdown Period
Actress Tonto Dikeh Reveals Despite Been Celibate, She Still Takes Good Care Of Her Man From The Bedroom.
#BBNAIJA2020: "I Was An Alcohol Addict, Until I Met A Girl Who Changed My Life” – Tochi Reveals