Just hours ago after she was being called different names of different sorts on her Instagram page, Nollywood actress, Mercy Aigbe has shrugged it off. 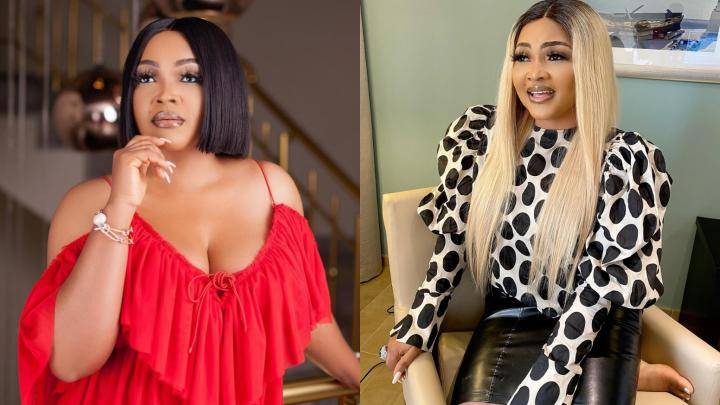 The actress looked unfazed by the whole rants that went down on her post comments as she hours ago posted a shot clip of herself cruising in a car.

The actress in the caption then revealed why people are always angry. 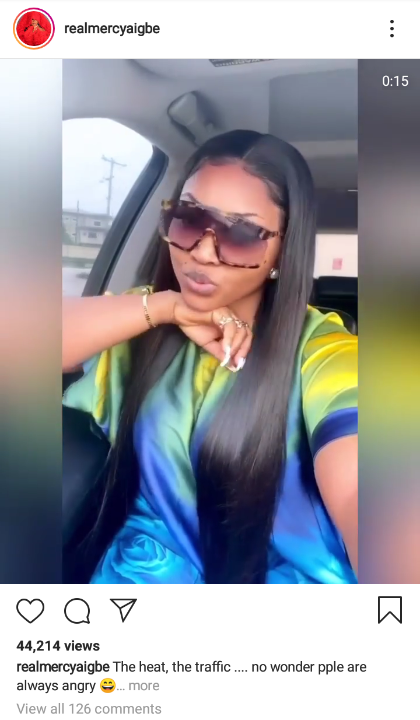 Mercy Aigbe has in recent times been in the news for countless times.

One of the buzz came when she advised young ladies who are in a relationship with married to do anything possibly to make money off the relationship.

This led to huge uproar among social media users.

“Why I performed with a mask on my first show” – Rema reveals mystery behind his facial mask
BBNaija: “I’m Not Sure I Will Be Here Next Week, That’s Why I’m Cooking For You All” – Lucy Cries Out
Why I stopped Imade from wearing expensive Rolex watch to school – Davido’s baby mama, Sophia gives reasons (Video)
“Ka3na didn’t know how to express herself properly and that is why she was termed ‘bossy'” – Vee (Video)