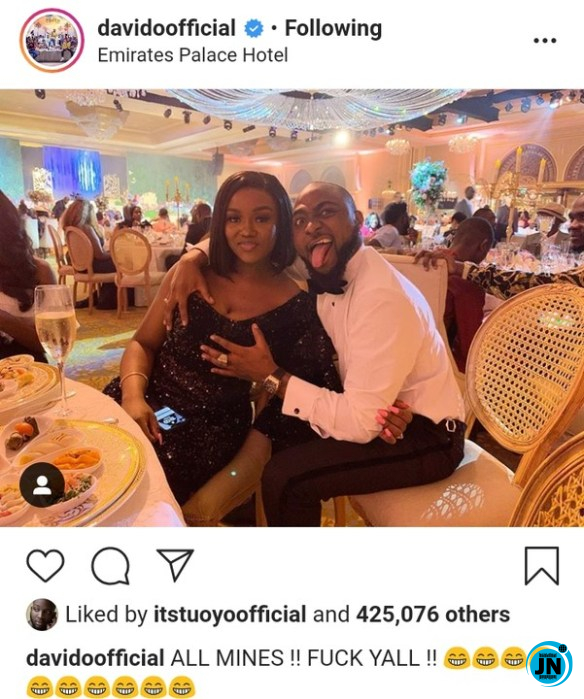 Here is a write up by a user on Nairaland on the Davido, Chioma and Peruzzi saga. 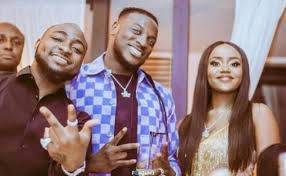 Chioma has with no doubt transformed into a s*x object as you can see now.. So are most ladies, just for the money. Infact I love Davido, a confirmed man of yoruba with good sense..

He just changed tactics with Chioma after the report that Chioma cheated on him with Peruzzi, matured Davido no make noise ooo.

Igbo only make sense of making money, but it matters when it comes to heart, Yorubas are boss. We sabi love and we sabi hate and, depending on the kind attitude u put up, we sabi love / hate.

He never marry her after all, so he turned her sharply into a sex object, and the girl didn't speak anything

That's what we told you guys, the moment you got robbed by a lady and she's just unrepentant of her behavior, turned her into a sex object and dump her later. Cause I can see that happening to OBO anr Chef Chi.

I think Davido really loves the Igbo girl, but it's only in their blood that cheating is.

What do you think about his opinion? You can use the comment section.

Billionaire Femi Otedola Reveals How Many Hours He Sleeps In A Day
REVEALED! How Davido Got The Money He Used In Buying His Banana Island Mansion
The Spirit Of God is Evident in my life, As man shared how he spent his 21st Birthday Preaching in 21 Buses
Nigerian singer, Davido set to become his driver’s best man