AG baby almost ruined his marriage certificate with soda (mineral) this afternoon due to an Instagram account mixup. After presuming his wife, Simi, had blocked and unfollowed him on Instagram, he made the decision to destroy his marriage certificate. Adekunle Gold, as seen in the screenshot supplied by Simi, requested approval before carrying out his plan.
Simi was questioned if she had unfollowed him and why. He didn't give her a chance to answer before realizing it was a mix of his own mistake and a little help from Instagram. It appeared to be a different account from the photo he gave, but Simi was following him.
AG apologized to Simi for the misunderstanding and pledged to always think things through before leaping to conclusions.
Simi laughed it off, telling her fans that it felt like something that had occurred to someone else. Hmmmmm 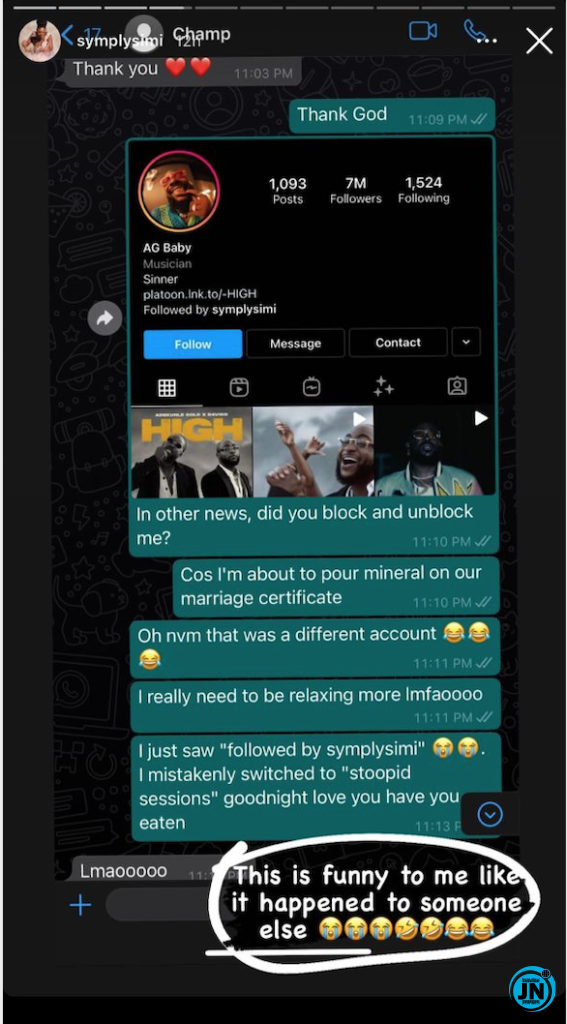