Popular Nigerian artist, Adekunle Gold had taken to Instagram to celebrate his wife who is also an artist, Simi on her birthday and in his birthday wish he revealed something you might never know as his fan.

In his lengthy birthday wish to his queen Adekunle Gold revealed he wrote his 2016 hit single, ‘Orente’ for his Simi but I bet most of us didn’t even know they had a thing together then.

Adekunle Gold started off his write up with a teaser of the intro of the song. He wrote:

“Shalla to my one and only

Na you be my Alobam

Simi you’re one in a million” 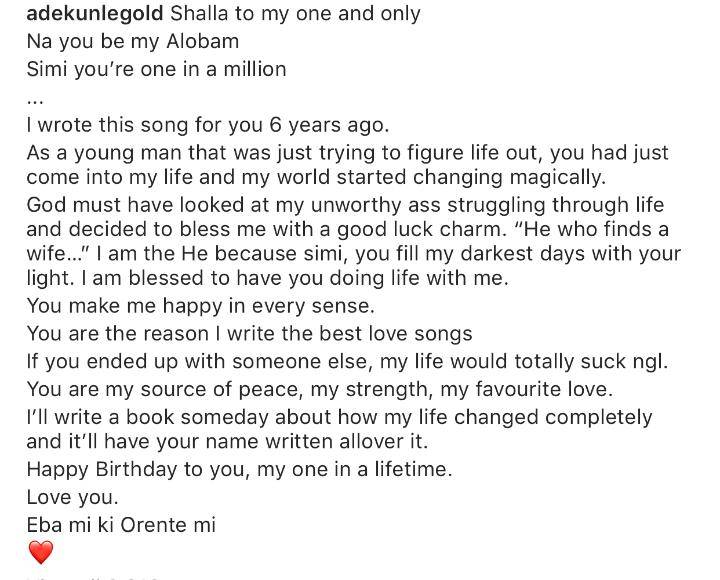 Meanwhile Simi have him a soothing response.

See her reply below: 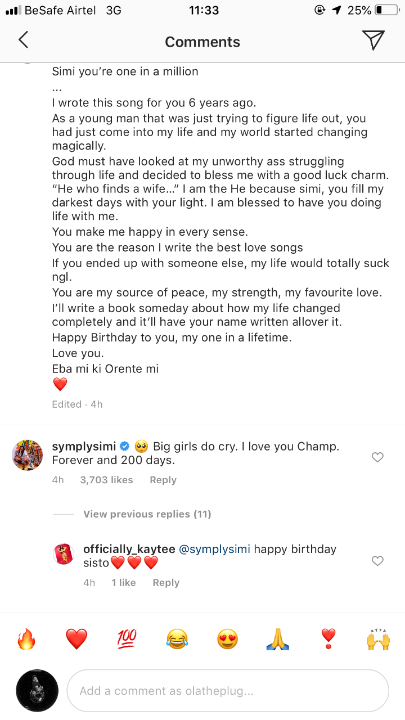 Adekunle Gold Celebrates Simi On Her Birthday, Reveals One Thing You Might Not Know As His Fan
After Celebrating Her 29th Birthday, Nancy Isime Reveals How She Once Survived Killing Herself
Iyabo Ojo didn’t entirely snub Mercy Aigbe on her 43rd birthday, see what she did low-key