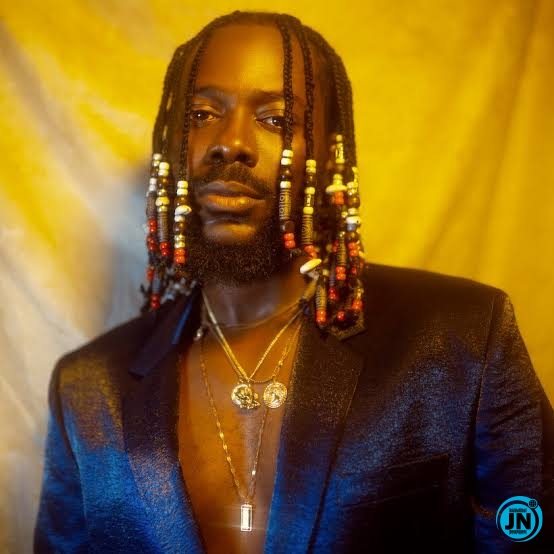 Popular highlife singer, Adekunle Gold and his alleged side chick, Teminikan block one another on Instagram as the heat of their affair slowly burns out.

it would be recalled some days ago that a controversial blogger, Gistloverblog1 alleged that the singer had an affair while his wife, Simi, was pregnant with their first child, Adejare.

The singer who remained silent on the allegations however makes a move as he blocks the alleged side chick on Instagram.

According to Instagram blogger, Cutie Juls who made the discovery, the singer is no longer following the babe anymore as he maintains his silence on all claims.

See the snapshot below … 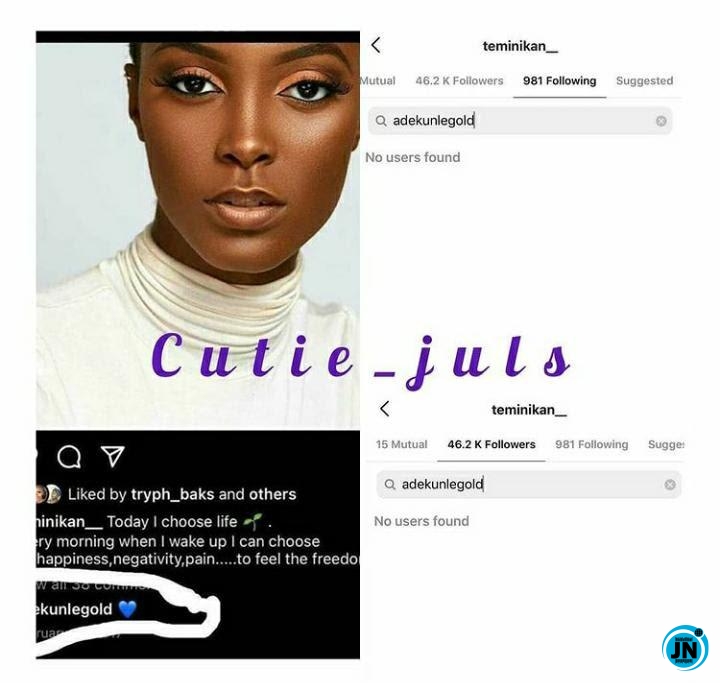 ‘She is not satisfied with his manh00d’, More reactions after another queen dumps Alaafin of Oyo
Simi Biography and Net Worth: Age, Husband, Songs, Shocking Facts
Insecurity: Why Buhari ignored previous invitations by 8th NASS ― Kalu
“Is your child the only celebrity child in that school?” – Lady continues to drag Mercy Johnson over school saga (Video)