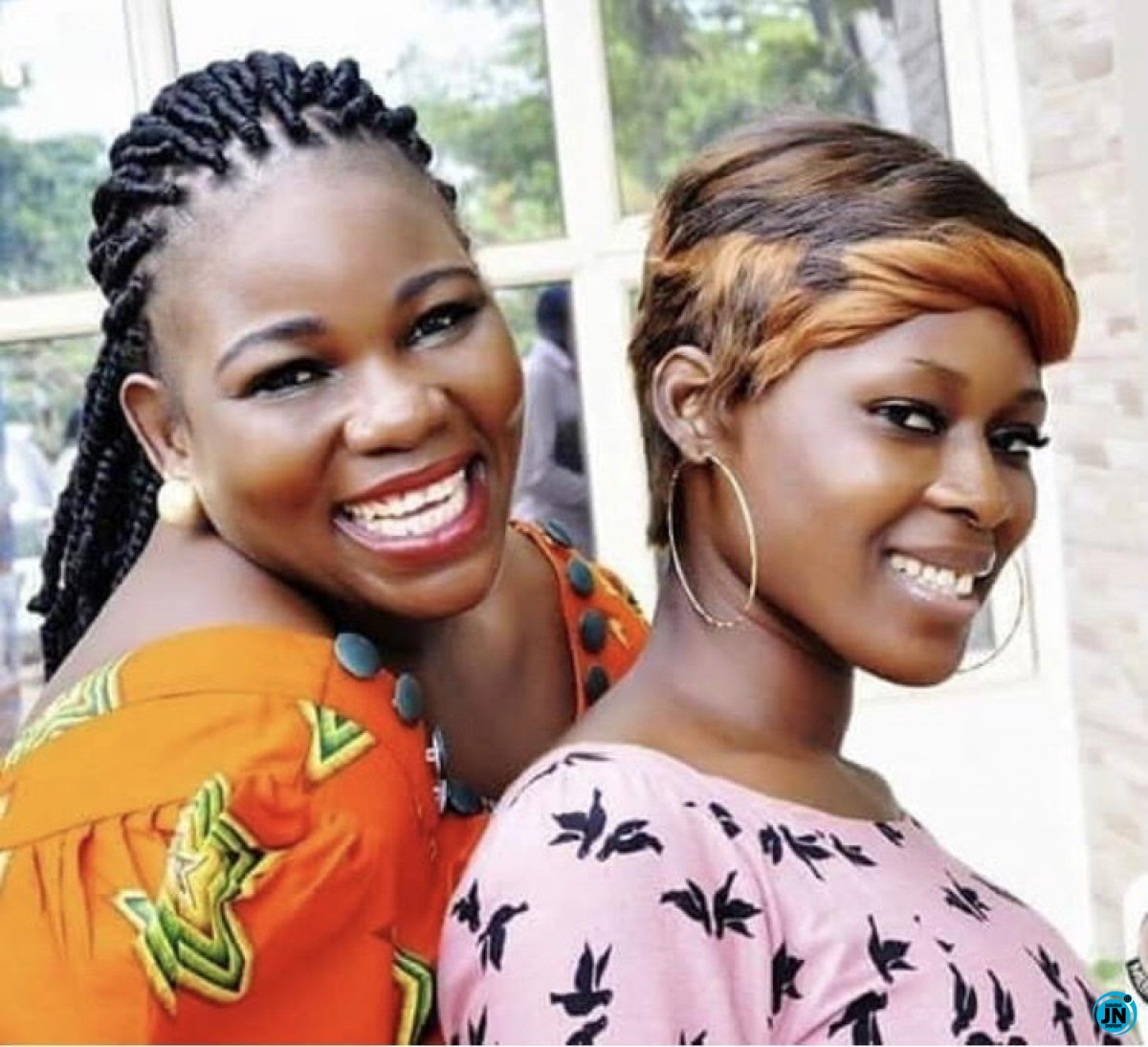 It is the 1 year anniversary of Ladi’s death, and her mother was sorrowful as she visited her graveside alongside her friend.

Aladi Godgift died in Abuja last year following an unsuccessful surgery. Reports gathered that the deceased was over 30 years old before the sad incident.

In the video making the rounds on social media, the grieving mother visited her late daughter’s graveside to leave flowers and pay tribute to her amid tears and pain.

Ada Ameh gave birth to Ladi when she was 14 years old and said her daughter was more like a friend to her than a daughter.

Fans and well-wishers have sent consolation messages to Ada Ameh who is still mourning her beloved daughter.

The only person I told about my genotype was Vee – Laycon clears the air
“Myself, Femi Kuti, King Sunny Ade & Burna Boy Are The Only Grammy Recognized Artiste” – Seun Kuti Taunts Wizkid FC
“Only God knows the kind of thing I do…” Wumi Toriola reacts to her alleged cheating scandal
P-Square: Actress, Bukola Arugba chides Omotola Jalade for celebrating only Peter on their birthday