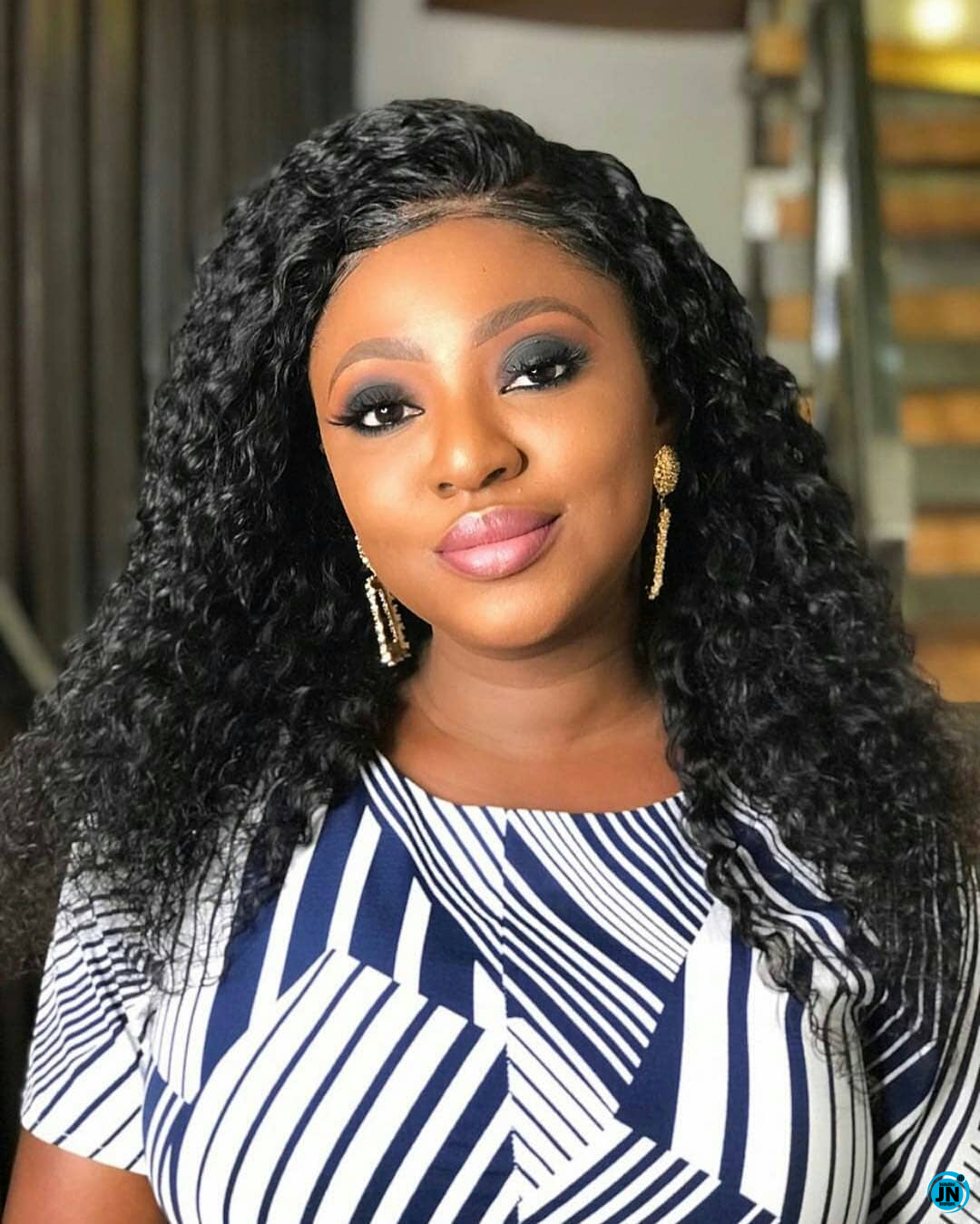 Yvonne took to her IG page and shared a behind-the-scene photo, likely to be from a movie set and the troll who saw how intimate the actress was with her male colleague, went on to troll her that if she has done that which she was seen doing in the photo to her ex-husband, her failed marriage wouldn't have occurred.

However, Yvonne immediately shut the troll down with a brilliant response where she then revealed that, she was actually the one that actually left Mr. Abounce after 'She successfully got what she wanted'.

See the exchange below; 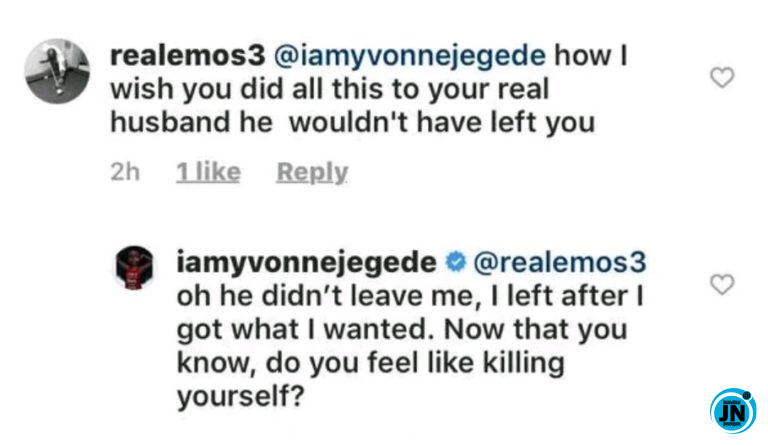