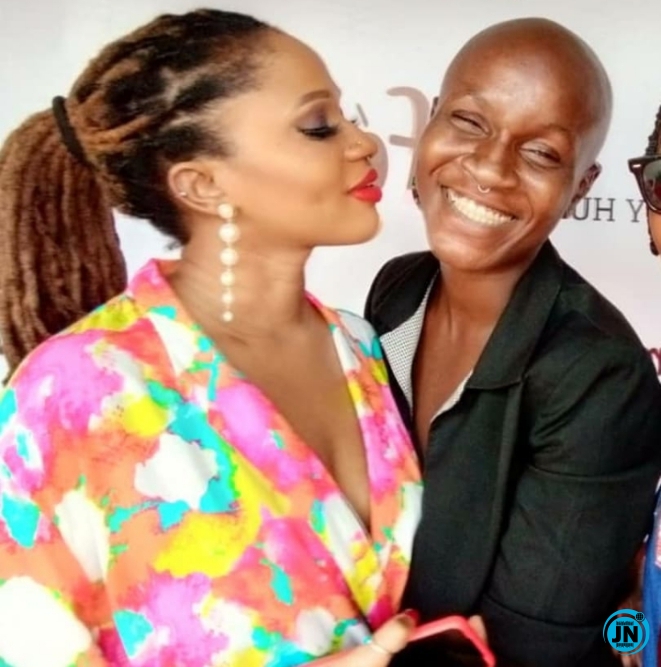 Actress Nse Ikpe Etim‘s lesbian sister, Uyaiedu has called out her lesbian lover, Amara for allegedly abusing her while they were still dating.

In a lengthy post on Instagram, Uyaiedu claimed that Amara once slapped her and would always scream at her whenever she’s upset.

“I wanted to be silent but in the spirit of new year, I will be talking about how Amara abused me while we were in a relationship.

I met this babe in 2018. The same night I met her was the first time she and everyone else called me a lesbian.

Fast forward to 2019 when I first came out to myself, naturally, Amara was one of the first people I wanted to tell so I reached out to her and that was how we started talking again.

The relationship was great until I started to notice how Amara would scream at the slightest provocation. When we first started dating, Yinka would always wait for Amara before eating.

Amara brought me and Yinka together and was always down for threes0mes. During the act, Amara would get uncomfortable and start screaming at us. She would accuse Yinka of saving all her energy for me.

I remember when she slapped me. I called my best friend that night. My bestfriend told me to leave”. 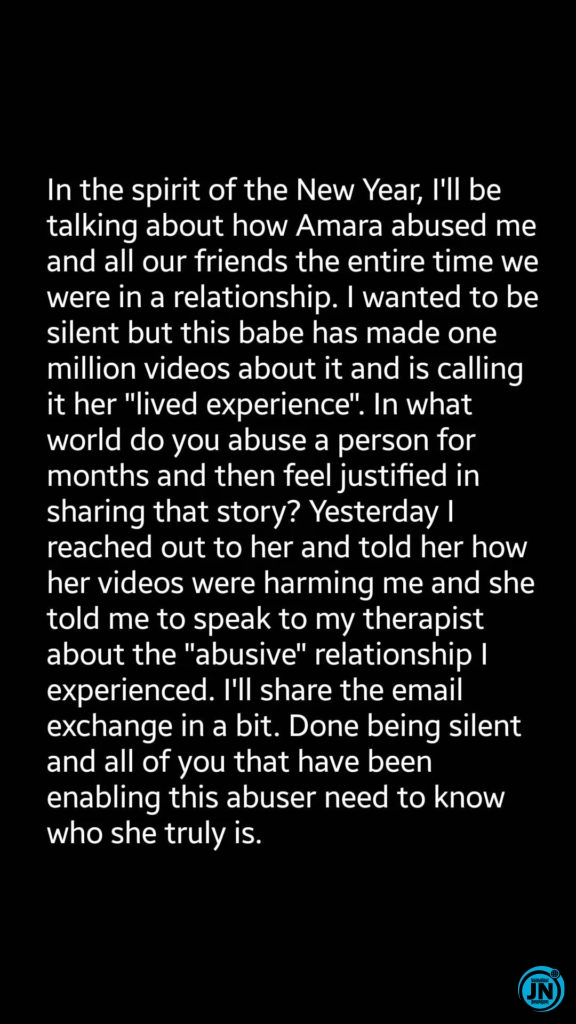 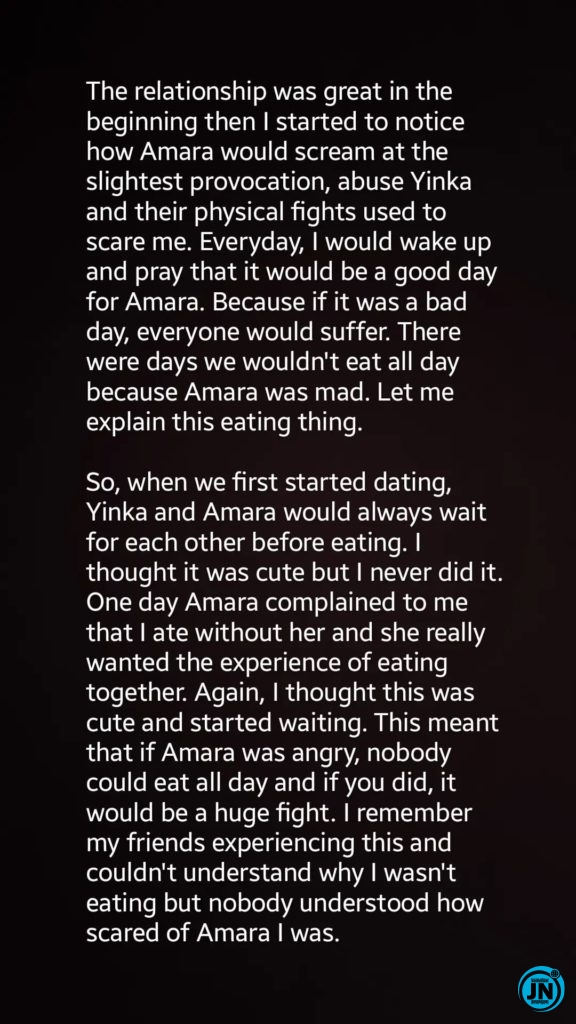 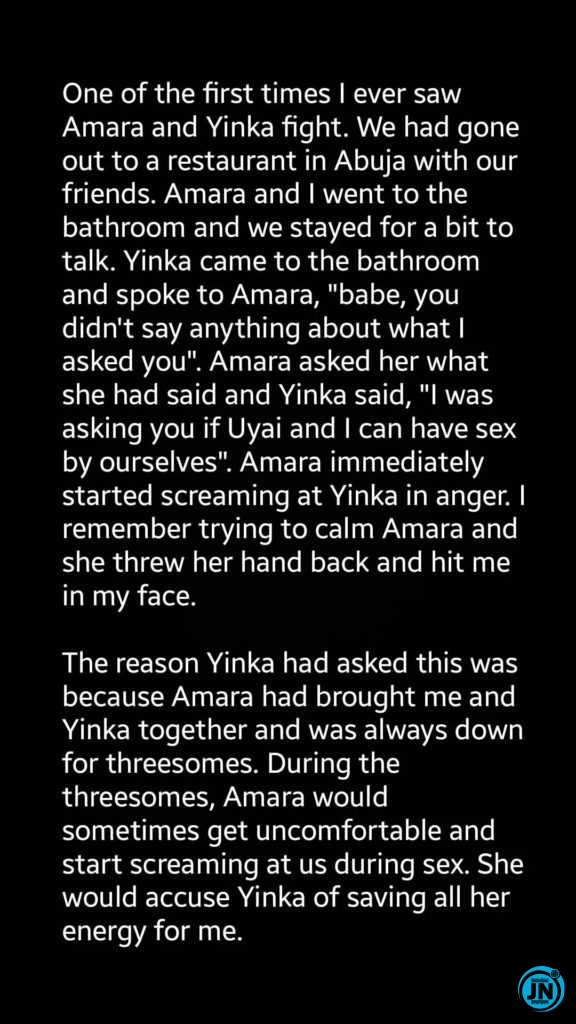 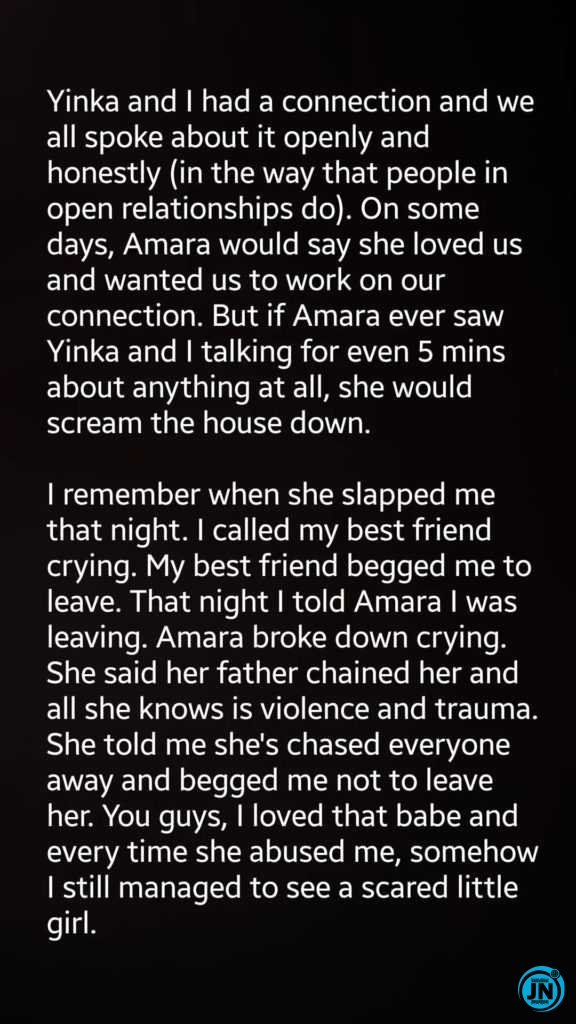 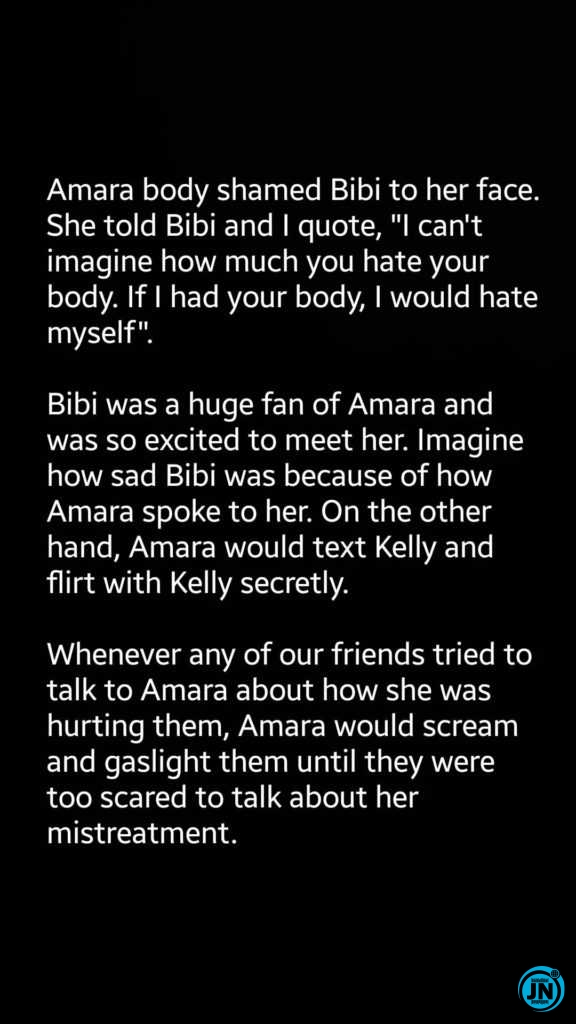 ‘Natural Beauty’ – See These Latest Photos Of Naira Marley’s Sister, Shubomi
As long as you have a mother and a sister, do not disrespect women – Ozo warns men
DJ Cuppy Sends Lovely Birthday Shout Out To Younger Sister, Temi Otedola On Her 24th Birthday
Seun Kuti Walked Out On Governor Sanwo-Olu at His Sister, Yeni Kuti’s Birthday Party