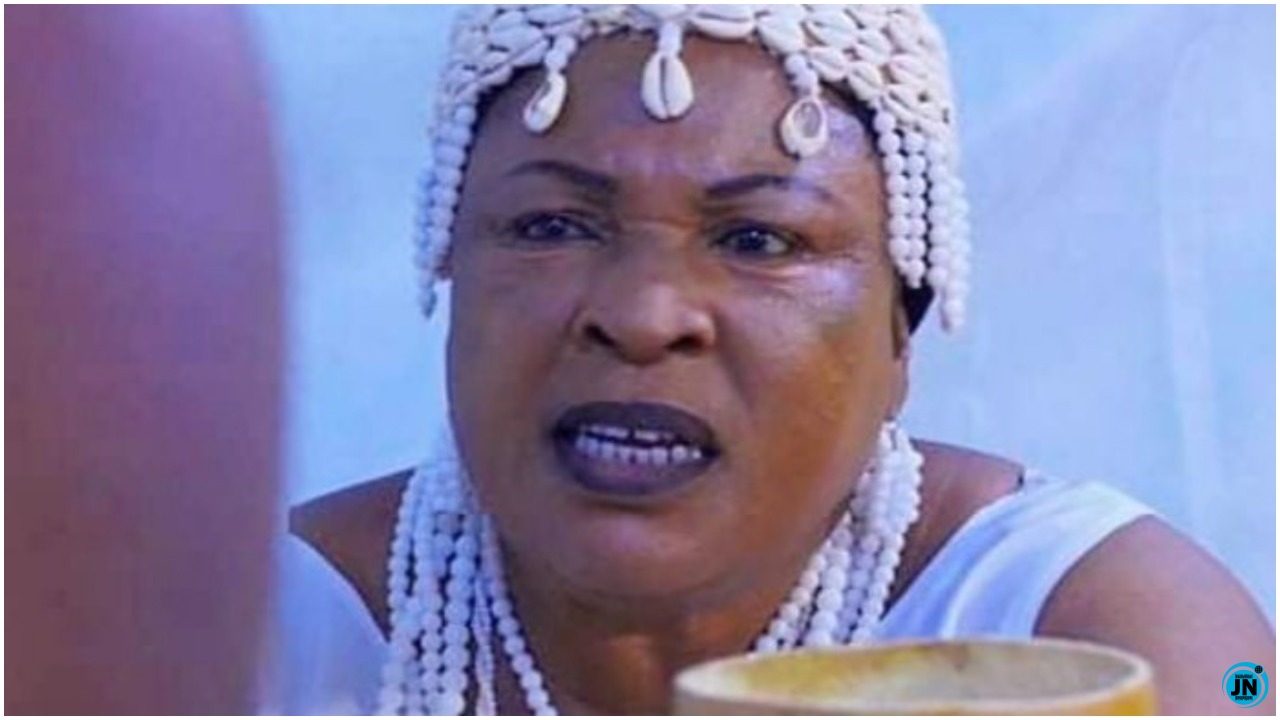 Her death is coming four months after her ex-husband Jimoh Aliu, better known as Aworo, died.

“It is so sad we lost a Priceless Jewel, a very rare gem in the Nigerian film industry, Chief Mrs. Folakemi Aremu, aka Orisabunmi, to the cold hands of death last night.

According to the actor, Orisabunmi died at 11 pm after a brief illness at 11 pm.

“Though good people die every day yet not all of them affirm for us the goodness in humanity the way Orisabunmi did.

“She passed away leaving a legacy of positive experiences for anyone who took the time to know her.

“If Oratory is the Masterful Art, the world will surely miss Orisabunmi for her talent. She was an orator who would perfectly chant eloquently with her resounding sonorous voice.

“Iya Oosa, we will surely miss you.

“She left without goodbye. The sudden death of Mrs. Folake Aremu (ORISABUNMI) has been announced.

“Really a shock on everyone. Iya Oosa, may God rest your Soul among the righteous,” Ola Yusuff wrote.

Born on October 10, 1960, in Kwara State, Orisabunmi became popular for her role in the 80s TV series Arelu starring her husband and others like Ojo Arowosafe, popularly known as Fadeyi Oloro.

Jimoh and Folake Aliu had a rocky marriage and were separated for two decades before Aworo died in September 2020.

Although they were no longer and wife, they continued working together as professionals and friends.

She attended his 85th birthday celebration in Ibadan, the Oyo State capital on December 19, 2019.

Speaking in an interview with PUNCH shortly after Aworo’s death, Orisabunmi said: He was a good man; he was a father to me, not a husband. “He was my mentor. After God, he was responsible for my progress.

“I pray to the Lord to accept him. May his good works never be wasted!”