Nollywood actress, Chioma Chukwuka Akpota, has reacted after a news website used her picture in a tweet in place of Davido’s fiancee, Chioma Rowland Avril, who recovered from the novel coronavirus, alias COVID-19. 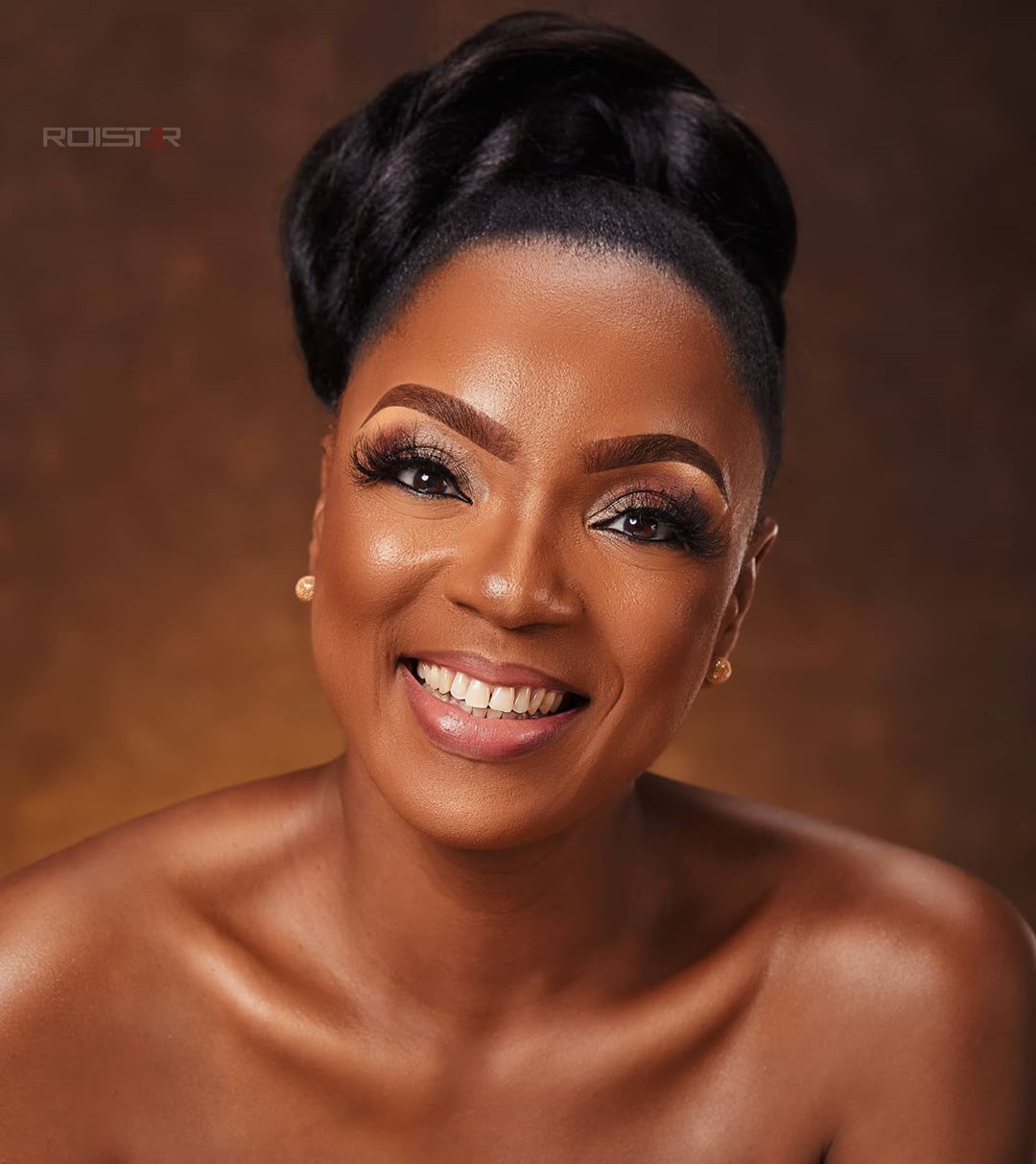 Recall that Davido announced the recovery of his fiancee Chioma, from the deadly COVID-19 weeks after it was announced that she had contracted the virus.

The mother of one has now tested negative twice for the virus as announced by her fiance, Davido.

A news website which shared the story on Twitter, used actress Chioma Chukwuka Akpota’s picture instead of the singers fiancee's own.

In reaction, the actress wrote:

“Till I find the right response for this tweet/post…[/p][p]Let Us thank God that Chioma @thechefchi is completely free from Covid19 after testing NEGATIVE twice !It gladdens my heart to know that she’d be reunited with her fiancé @davidoofficial and their baby boy”. 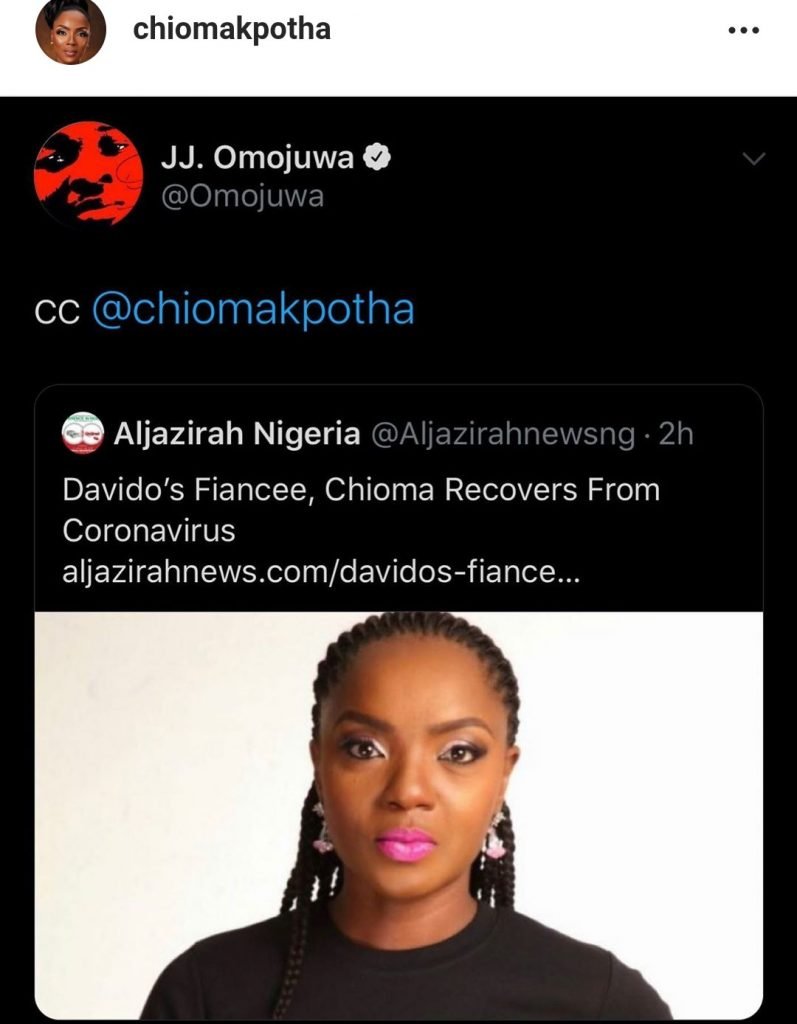 “No Force Her, If She Like You She Go Give You” – Erigga Speaks On Rape
'I was forced to share a room and toilet with their cook and driver despite having hit songs' – May D exposes P-Square
PDP expels former Jigawa governorship candidate
50 years old Nollywood Actress, Shan George, Tries again to be engaged for the 4th time