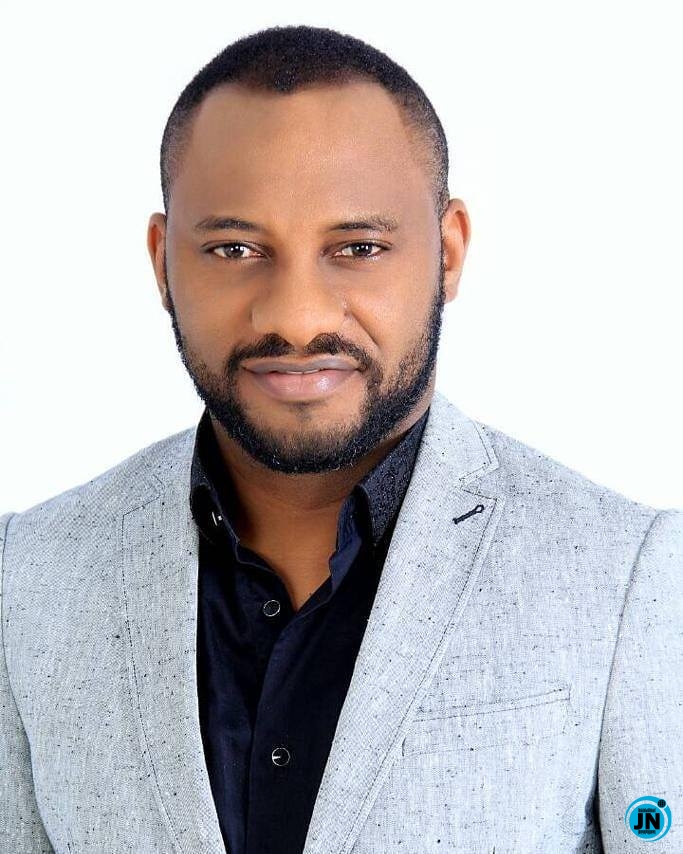 There's a popular saying that says, ‘Family Is Everything’, and Nollywood actor, Yul Edochie has taken to his official instagram page, to flaunt his adorable wife and kids, as he gushed over them.

Yul Edochie has shown great love and affection for his family on social media. The Nollywood star is walking in the footsteps his father has trodden as he is also an actor just like his father, Pete Edochie.

He gave the names of all the members of his family beginning from the wife to the kids.

Sharing the adorable photo, the actor captioned it:

Competently led by my 2nd in command, my beautiful wife @mayyuledochie".

Family. The Yul Edochie Squad. Dubem, Kambilinachukwu, Kenechukwu and Chukwubuike Yul-Edochie. Competently led by my 2nd in command, my beautiful wife @mayyuledochie ❤❤❤ . . Only God can do it.