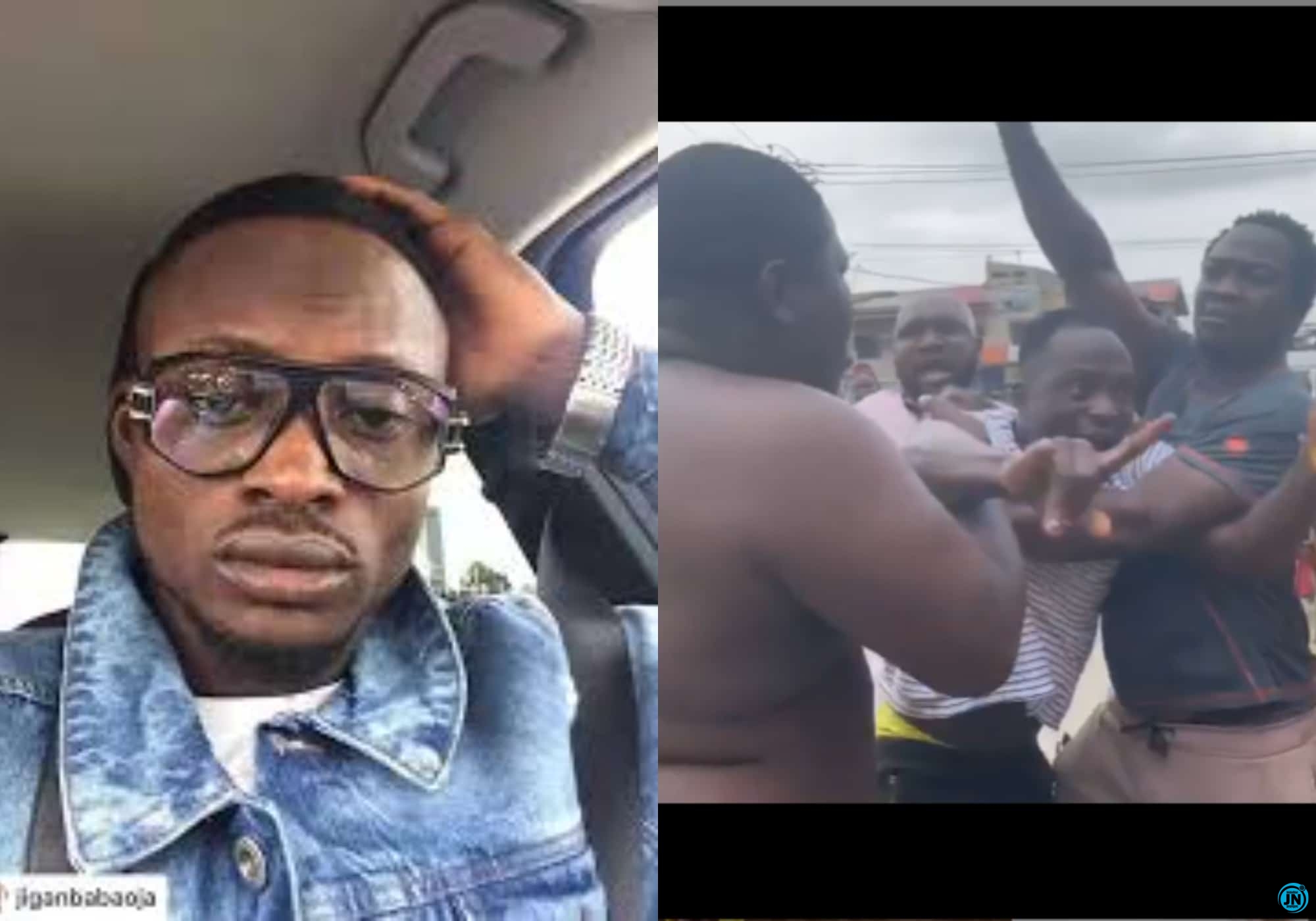 Nollywood actor and comedian, Abimbola Kazeem, better known as Jigan Baba Oja has taken to social media to lament bitterly on how men ganged up to beat him over a comedy skit in the market.

In a shared video, he was captured being dragged away after pleading and directing them to the camera.

According to him, Nigerians are always too quick to take laws into their hands, even after displaying the cameras they were working with.

The comic actor added that there will need to move around with security personnel for safety purposes.

Nigerians are always too quick to take laws into their hands 🙌 even after showing them cameras 📷 we need to always move around with security for our safety ! Na God saved us ! 😡😡😡😡😡😡😡😡😡😡😡😡😡😡😡😡😡😡