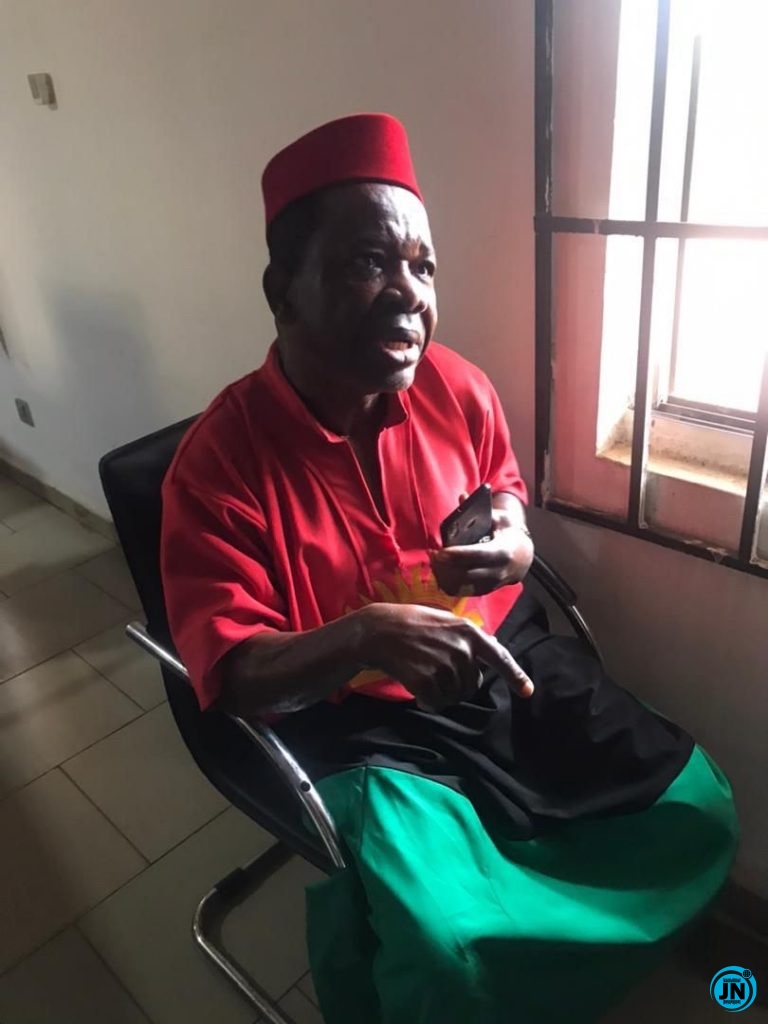 Video making rounds on social media captures the moment veteran actor, Chiwetalu Agu, shared food with the masses before his arrest by the Nigerian Army.

This is coming after the actor was arrested by the Nigerian Army over his outfit supposed to identify as the flag of the Independent People of Biafra (IPOB) which was considered to threaten the peace of the community.

Hours after Chiwetalu Agu’s release from the Army’s custody, a video of the actor sharing food to the masses surfaced online.

The actor could be heard speaking in his local dialect while the people of the community lined up to get a share of food items. 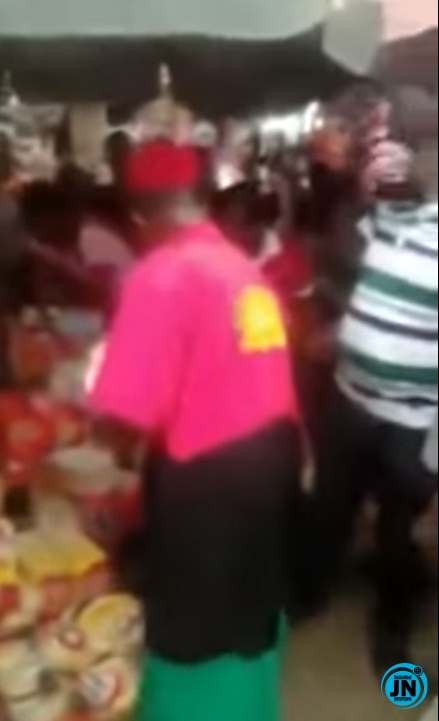