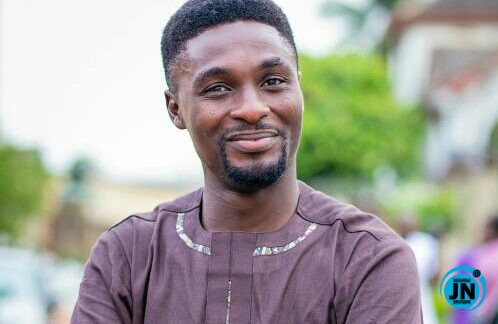 Nollywood actor, Adeniyi Johnson fires back at a fan who tried advising him.

The fan who had talked about his acting skills received a terrible reply from the actor who was not taking it likely.

Taking about his acting skills, she offered tips to the actor which he immediately dismissed.

Recall that lately, the actor has been having a series of a clash with both his fans and that of his ex-wife, Toyin Abraham.

In this clash, it appeared, however, to be from his own fan. 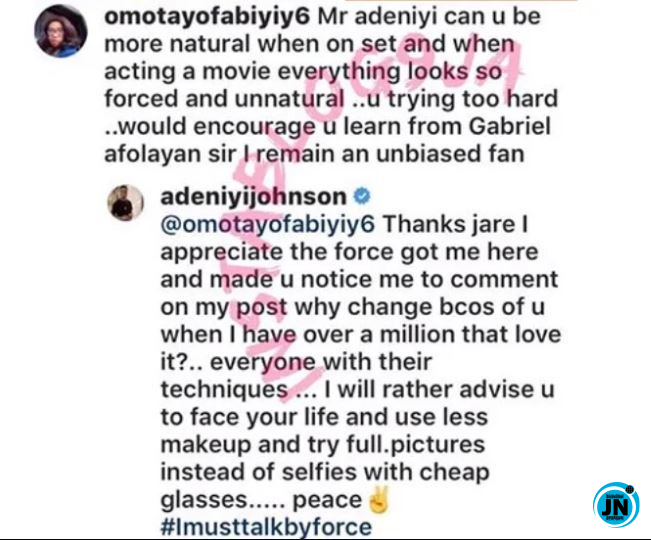 5 Nigerian Musicians Who Swapped Record Producing for Singing. No.4 Would have been Hawking Sausage by Now!!!
Shatta Wale Vows to Beat Up Any Ghana Musician Who Releases A Song During This COVID-19 Period
Nkechi Blessing Reveals 'Sugar Daddy' Who Sponsors Her Trips Abroad
“Who Is He?” – Americans React After Davido Gets Recognized At NBA Game
‹‹‹ 1 Last
(Pages: 1 )

Chance The Rapper Net Worth 2020 Forbes and Biography

Funke Akindele apologizes for misleading Nigerians by throwing a house party for her husband, amid lock down order (Watch Video)

"I Was Skeptical About Tiwa Savage At First" – Tee Billz Recounts

an hour and 5 minutes ago