Popular reality TV star, Tacha has been mocked by supposed fans of fellow reality star, Mercy Eke after she shared photos posing in a doctor outfit. 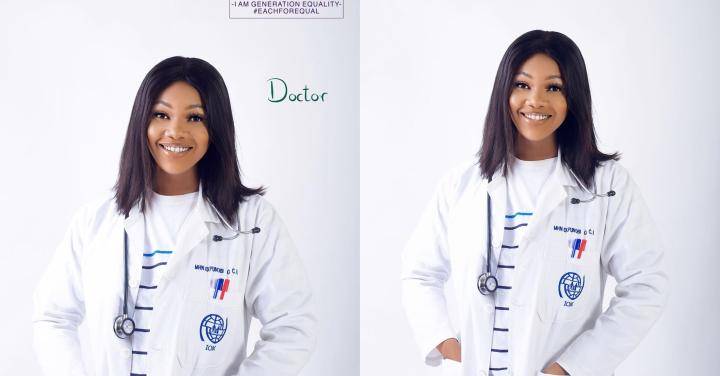 The reality star today joined the celebrations for the International Women's Day and she decided to hit a photo studio to pose in different outfits representing the works women have ventured into over the years.

Meanwhile there was one photo she posed as a doctor and it captured the eyes of many but supposed fans of her rival, Mercy Eke ruined the moment.

In the comments an account reacting to the photo commented “abortion doctor” while a Titan replied saying: ‘reporting the page won't be a bad idea’.

Which meant reporting the Mercy fan account won't be a bad idea.

Meanwhile in the cause of their conversation and exchange another Mercy fan came in commenting, ‘yes to till she does a miserable death’.

See the screenshot of the whole exchange below: