Last two nights ago was a huge real buzz on popular photo and video sharing platform, Instagram as the producers of two top music heavyweights in the country, Sarz for Wizkid and Shizzi for Davido did a face off.

Davido and Wizkid are known to have worked at long length with this two top producers and their work together have produced lots of hits that have rocked the African music scene.

But below are 7 things or 7 facts we can list out from the face off.

Recall some years ago, Nicki Minaj shared a photo of herself in her studio with Wizkid but what really happened at that time wasn’t known but it seems they had a collaboration together at that time.

2. Davido has a mad jam with Wale

In the live video that was on for hours, Shizzi played a song that Davido has with popular American rapper of Nigerian descent, Wale but the song was never released.

However what was played a great jam.

3. Wizkid wrote One Dance, Drake's second biggest song after Gods Plan from A to Z

What came as a big surprise to many was that, Wizkid was actually the main owner and writer of Drake’s biggest song on Billboard, ‘One Dance’ .

Sarz decided to play the original track done by Wizkid and it was definitely massive.

4. Sarz probably has the most hit songs in Nigeria

No doubt about this.

5. Shizzi is underrated! He as produced a lot of classic we don't know he actually produced

No lies about this.

Lol .. there was a comment the producer, Speroach Beats who produced ‘Assurance ‘ for Davido that sounded like this.

After the battle it is crystal clear that he is nobody’s mate. 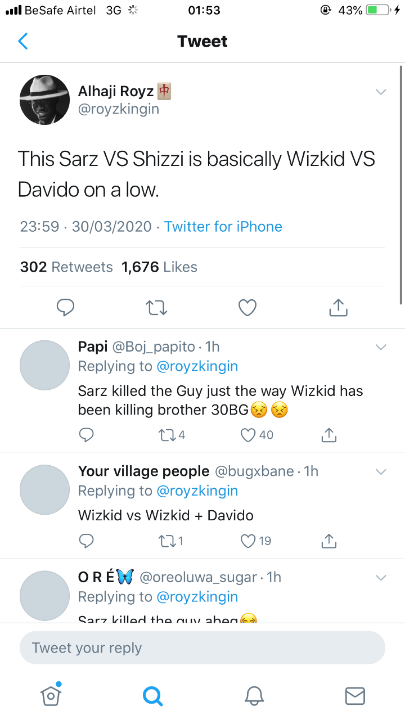 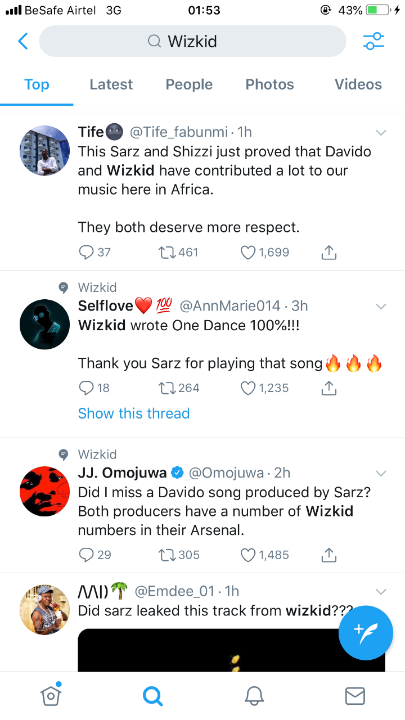 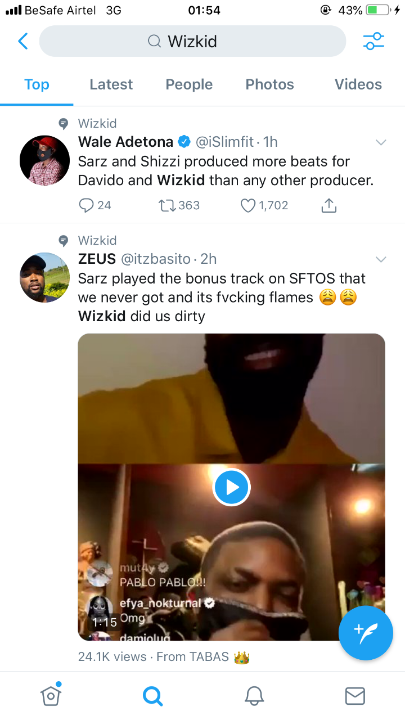 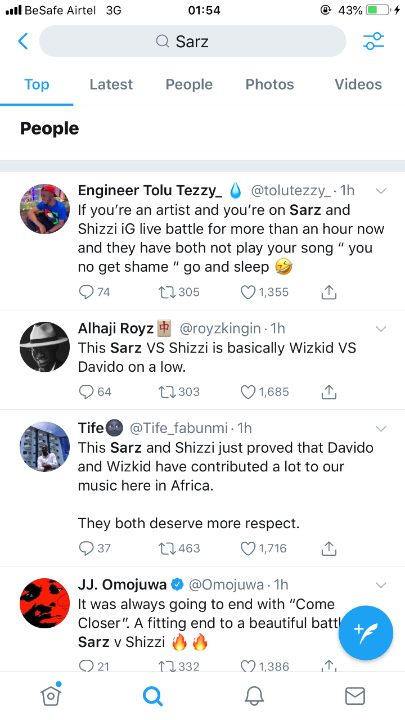 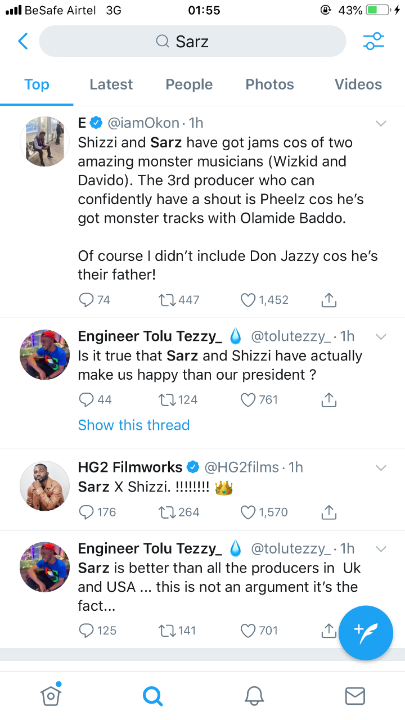 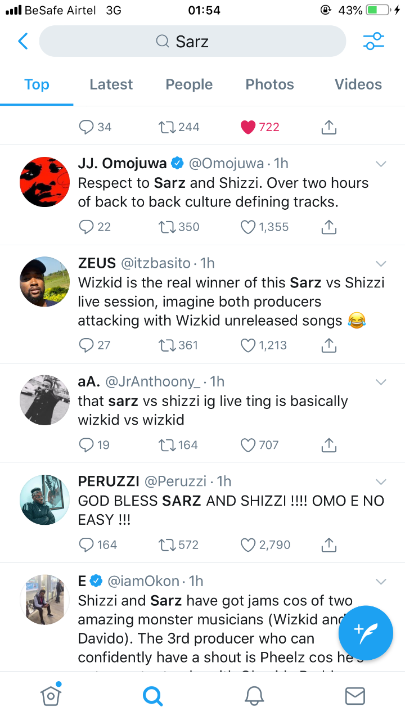 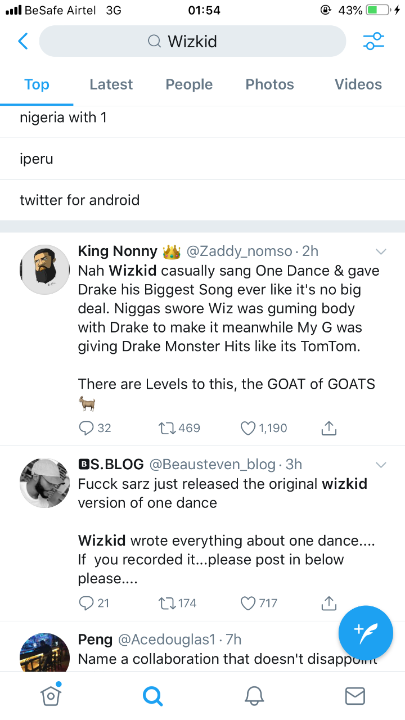