2Baba Warriors Album!!! Opo vs We Must Grove, which do you prefer? | JustNaija 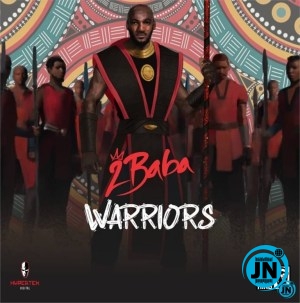 Here are two unstoppable tracks on 2baba's latest album "Opo and We Must Grove” which did he murder?

The new music project has wasted no time to settle into fans' playlist. And as such we believe it has met all media-hyped.

However, “Opo" and "We Must Grove" are standout tracks that have caught the attention of so many music lovers and are likely to be potential hit songs.

Despite few hours on music airways, “Opo" and "We Must Grove" have gotten massive attention from every other.

Both have the backups of afrobeat stars, Wizkid and Burna Boy respectively.

But We understand that not all time songs are accepted as classy immediately it's released, while we tend to fall in love with some as we get to feel the lyrics & vibes.

So, if you may not have seen reason to accept 2baba Warriors as a masterpiece, definitely you will get to like while it continues to rock the musical airway.

Already, we have two tracks fans are putting on repeat which is "Opo and We Must Grove".

The question is which did he murder?

To listen to "Opo" click Here, for "We Must Grove" check Here, while for the "Warriors album" click Here.

2Baba Warriors Album!!! Opo vs We Must Grove, which do you prefer?
Comments