However, you might know some of these things already but you never can be too sure or let's say there might be some newbies who want to know and learn about Wizkid. 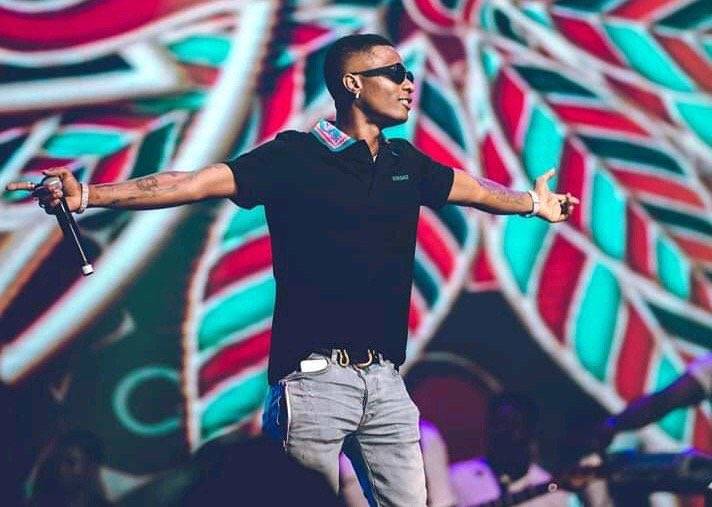 2. Wizkid grew up living with 12 sisters, a father, Alhaji M.O Balogun, who is Muslim and a Christian mum, Mrs. Balogun.

3. Wizkid wasn't always known as Wizkid as he used to be called Lil Prinz when he just started singing but changed the name in 2006.

4. The Starboy boss went to Ijebu Ode Grammar School and then Lagos State University where he later dropped out. He tried going back to school after gaining admission into Lead City University but didn't finish.

5. His sojourn in the music industry started at the age of 11-years-old when he was part of a group, Glorious Five. By the time he was 15, Wizkid had already met OJB Jezreel who he followed closely and watched other big stars like 2Face, Sound Sultan and Neato C.

7. Wizkid later signed to Banky W's EME record label in 2009 which was the beginning of the rise of the star we all now know.

8. The release of that song reawakened everyone to a new vibe and sound. The gave him his first Headies awards as the 'Next Rated,' and numerous other awards followed suit.

9. The album 'Superstar', which was released in 2011 under Empire Mates Entertainment, took Wizkid to the length and breadth of the world as everyone couldn't get enough of the latest superstar in the room who wasn't even 20 yet!

10. Another album had to drop as fans couldn't get enough of Wizkid, so by 2014, he dropped the second album 'Ayo,' which had a host of music stars on its feature list. One song that stood out was 'Jaiye Jaiye' featuring the music icon, Femi Kuti.

11. Wizkid has worked with not just big music stars in the country but outside the country including Drake, Chris Brown and Beyonce.

12. In 2016, Wizkid became the first Nigerian singer to make it to Billboard’s Twitter Last 24 hours chart following his guest feature with Drake on the hit single, 'One Dance.'

13. When it comes to endorsement deals, Wizkid has made a lot of money from a number of them. From Pepsi, MTN and even Glo, the music star has also cashed out hugely from Ciroc, UBA, Nike etc

14. In 2019, Wizkid was announced as the headliner for UBA’s strategic corporate market event which was another endorsement deal for the superstar.

16. He also has a compilation album with EME; Empire Mates State of Mind which was released in 2012.

17. When it comes to his personal life, Wizkid also has a very interesting story. Just in case you don't know, he is a father to three sons but husband to none of their mothers.

19. In 2016, Wizkid welcomed his second son, Ayodeji with his second baby mama, Binta Diallo which sparked off a lot of conversation if they were a serious couple.

20. Well just when we all thought Wizzy Baby was done with kids, the news broke of the arrival of his third son, Zion with Jada Pollock.

21. Success has been Wizkid's second name since he joined the music industry and we've been there to monitor and break the news of every milestone he has undertaken. Like the time he sold out a 20,000 O2 Arena for his concert in 2018 in the United Kingdom. Another event which made Wizkid solidify his position on this list was his sold-out concert the 'Royal Albert Hall' in London.

22. Just so you know, there is a day set aside in Minnesota for Wizkid because the last time he performed there, he had a sold-out concert at the Skyway Theater.

23. Wizkid's brand took another bold step in 2018 as his Nike jersey was created and it was sold out immediately it got to the market. Wizkid like a lot of very influential celebrities has his clothing line...only superstars do this!

24. How can we forget his hit song ‘Fever’ where he featured Tiwa Savage on its video. That song had so much buzz, it trended on social media for days. In just a few hours after it’s release, it had over 1 million views!

25. Wizkid's success story took to another dimension in 2018 when he hit the runway with fashion icon and model, Naomi Campbell for Dolce and Gabbana and the Internet went into a frenzy.

27. "One Dance" his previous collaboration with Drake became the most streamed song on Spotify globally with over 1.1 billion streams which became a Guinness World Record.

28. In 2017, he won the MOBO awards for "Best International Act". His victory at the MOBOs saw him receive congratulatory messages from President Buhari, VP Osinbajo, and former VP Atiku Abubakar. In November 2017, he won 3 awards at the AFRIMA awards held in Lagos.

29. Wizkid is the one of the most followed Nigerian celebrity on Instagram with about 9.7 million followers and on Twitter with 5.7M followers.

“Material things are not worth dying for” – Gospel singer, Frank Edwards reveals he gave out his only 2 cars
7 Major Things From Wizkid and Davido Producers Battle On Instagram
Dagrin Bio and Net worth: 10 Years after his Death 10 things you need to know
Tacha Shades Mercy Says ‘I Don't Do Things To Look Good In Public’ (Video)