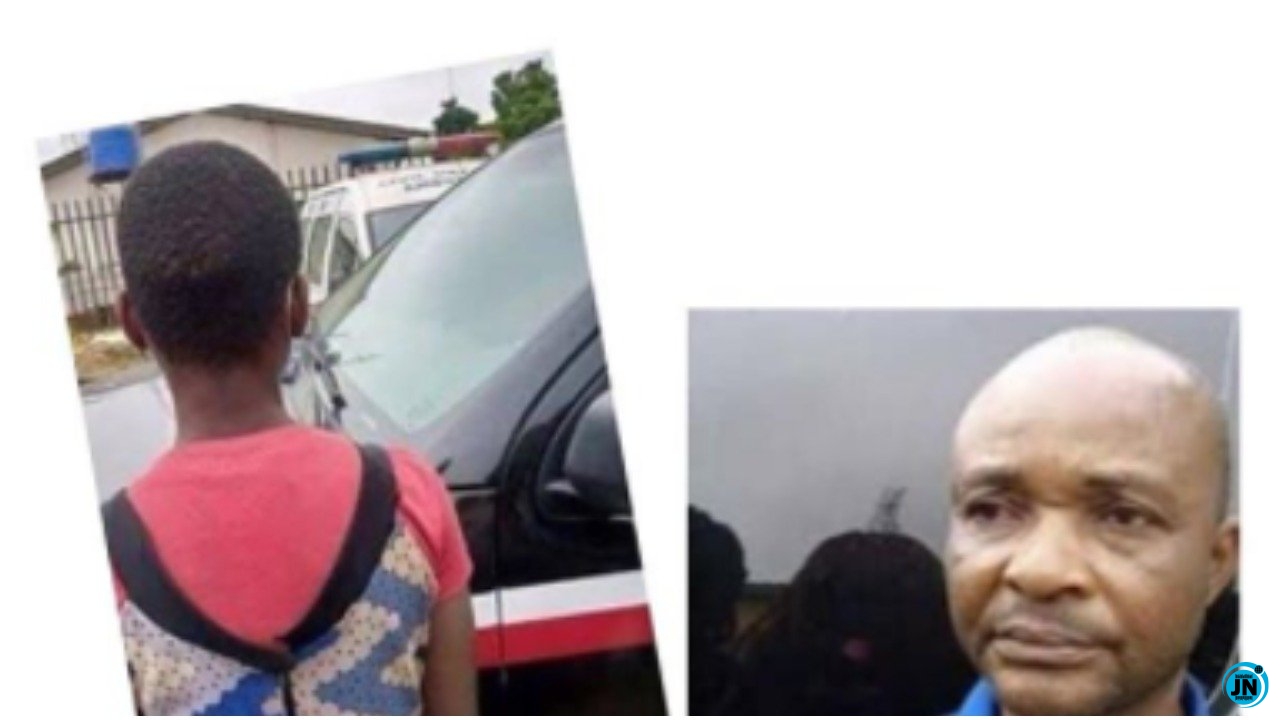 A 48-year-old man, Charles Ekwe, has been arrested by officials of the Nigeria Security and Civil Defence Corps (NSCDC) for sexually abusing his wife’s 13-year-old niece. The spokesperson for the agency, Bada Kehinde Mary, said the suspect started abusing the 13-year-old before the COVID-19 lockdown and she was scared to report to her aunty. In her statement, the victim said her uncle who she calls ‘daddy’ started sexually assaulting her early this year and does that whenever her aunty leaves the house and also at his shop where he trades.

She also said that he exposed her to pornography on his phone and had threatened to kill her if she tells anybody. This assault has occurred on several occasions and she has lost count. The victim’s aunt, Mrs. Blessing Ekwe, in her statement, said her niece has been living with them for the past four years after the death of the victim’s father and that she noticed something was wrong three weeks ago, which prompted her to interrogate her before she opened up by telling her that the suspect had been sexually abusing her.

She then took her for medical examination and it was confirmed that she had been defiled. The suspect admitted to committing the crime but insisted he only fondled her genitals and made her watch pornography on his phone. The Lagos commandant, Mr. Ayeni Paul, said the suspect will face the full wrath of the law and will be handed over to the appropriate agency for further investigation and prosecution.

Simi Reminds Adekunle Gold Of The Promise He Made To Her As She Clocks 33 Years
Adekunle Gold Celebrates Simi On Her Birthday, Reveals One Thing You Might Not Know As His Fan
“She is awesome and I love our energy together” – 23-year-old man dating a woman in her sixties, says
Soldiers, police storm Lekki toll gate over ongoing new #EndSARS protest

What rubbish,is her husband the first man to do it,i hope police get their hand on her and punish her.this is nonsense she almost kill a whole person