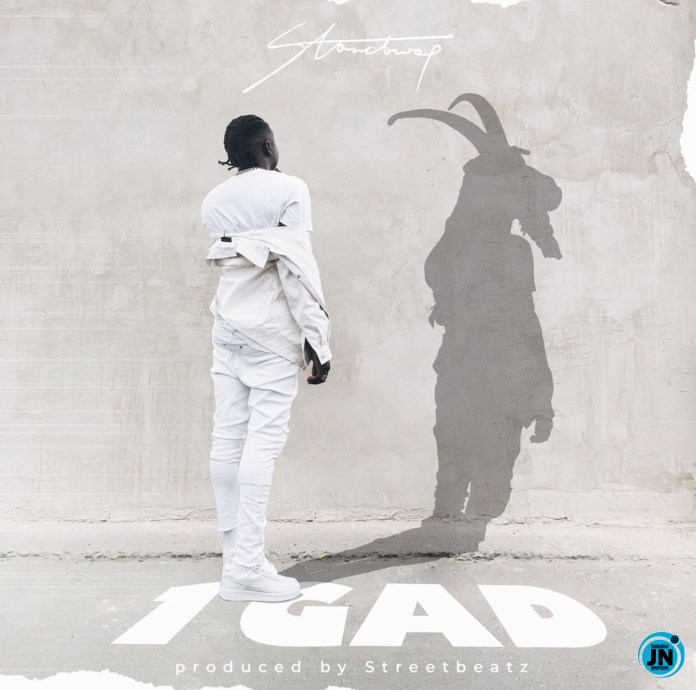 The stage is finally set for Stonebwoy to bless us with his first song of 2021 but that is not without some controversy after confirming the title of the song to be ‘1 Gad’ just days after Shatta Wale released ‘1 Don’.

The Two heavyweights clashed several times in different categories, being it a lyrical jab in their music, slight digs during live videos or other social media activities aimed at each other, and the event went physical when things intensify at the Vodafone Ghana Music Awards. VGMA 2019. A topic reserved for another day.

Back to the main issue, Stonebwoy is the first among the two to come out with his Nickname ‘1 Gad’, all of a sudden Shatta Wale also outdoors a new similar nickname ‘1 Don’. The BHIM boss has since never thought of titling any track with his nickname until Shatta did, so what are they up to?

Looking at Stonebwoy’s artwork ahead of the track’s release, he subtly stated that he is the GOAT (Greatest of All-Time) making one of the factors influencing their actions mentioned above to be a rivalry, yes a good, competitive, and healthy one with Stone having the mind to counter his rival’s song to prove he is the real deal taking into consideration he was the one who came out with such nickname first.

Stonebwoy’s artwork for the release of 1 Gad


Another factor could be pure smartness from both acts, this time from the Camp of Stonebwoy, having realized after Shatta’s 1 Don track that having a tune influenced by your nickname will easily be captured by many just as his ‘BHIM Nation Anthem’ is still on the lips of most music lovers today.

1 Don is available on all streaming platforms while ‘1 Gad’ will be available by Friday 5th February.

“Just One Child And You Look Like This” – Lady Reacts On Bambam’s New Photos
#BBNaija: “Just In Case You Guys Break Up, I’m Single”- Prince To Erica
“I would have wished for wisdom but I just remembered you are synonymous to king Solomon” – Regina Daniels celebrates hubby on his birthday (Video)
“If you’re neutral in situations of injustice, you’ve chosen the side of the oppressor” – Tacha