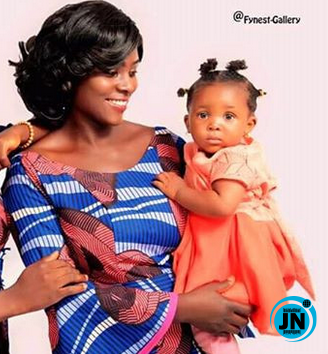 A child died on Monday after being shot in Kunnet, Bokkos Local Government Area of Plateau State by unknown gunmen in her father's house.

Unknown gunmen stormed the residence of her father, shot the wife and little daughter Elizabeth, according to a Facebook user, Patrick Machief Mahuum.

Mary's neck and shoulder were fired. She died at the hospital where she struggled for her life.

Several members of the family took to Facebook to mourn the boy.

“Our Daughter who was shot by “unknown gunmen” right in her Father’s house and was critically wounded has given up the ghost. We all prayed for God to give her quick healing but God deemed it fit to take her to eternal home. Mary we love u but God loves u most. RIP and may ur killers never know peace until they come to repentance.” one wrote. 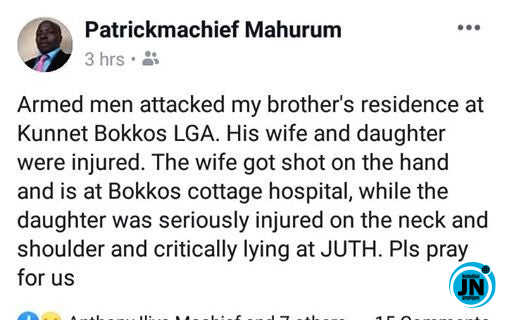 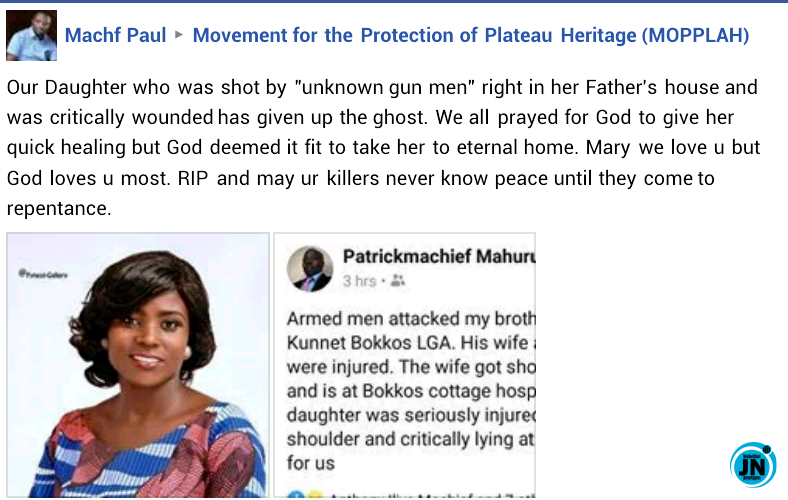 Marriage With Maje, A Relationship That Should Never Have Happened – Toke Makinwa

How Kwam 1 Spent Over N400 million On His Maiyegun Party

‘I’m A Child Of God, Not Titan Nor A Marlian’ – Toyin Lawani