A gentleman identified as Richard Wetkos Dayon, who is said to be a longtime friend of BBNaija reality TV star, TrikyTee, lost his life in a car crash while allegedly being chased by a police patrol van in Shagamu.

Richard, a Plateau State-born aspiring musician, and keyboardist, passed away on Sunday, 27th September 2020 between the hours of 4:00 pm and 5:00 pm.

Richard, who was quite active in the campaigning of TrikyTee while he was in the Big Brother Naija: lockdown house, was reportedly returning home from an outing when the Shagamu police patrol van started chasing the motorcycle he boarded.

During the chase, Richard reportedly fell from the motorcycle, and the police van coming behind him at top speed, crushed him along the Ogolonto BRT lane. 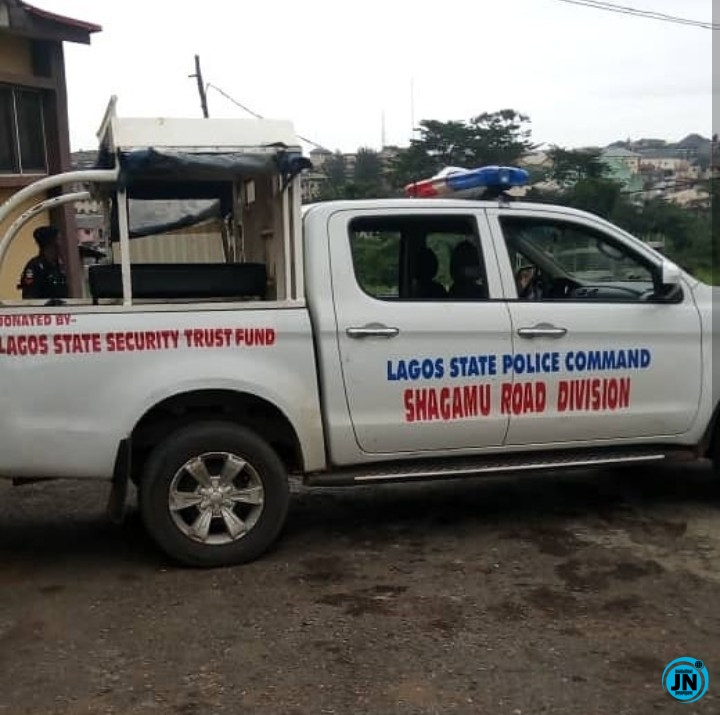 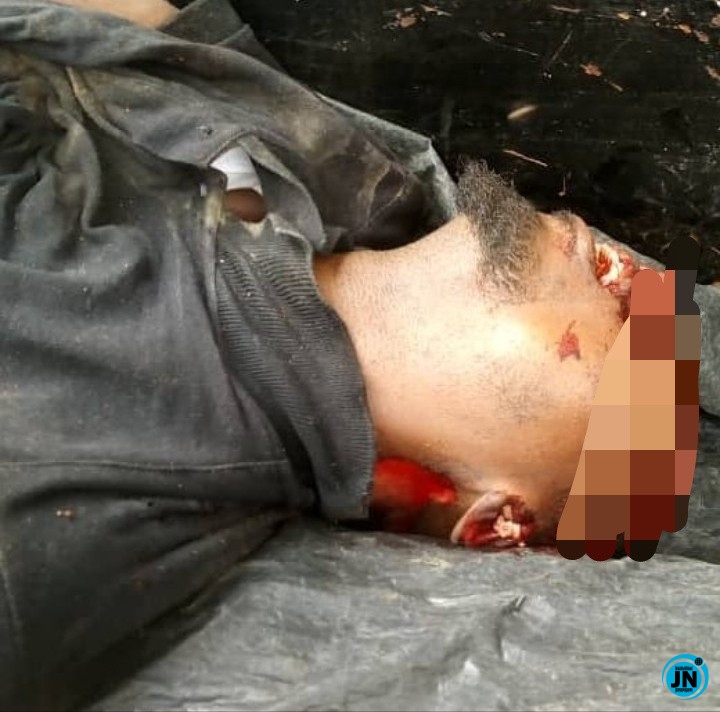 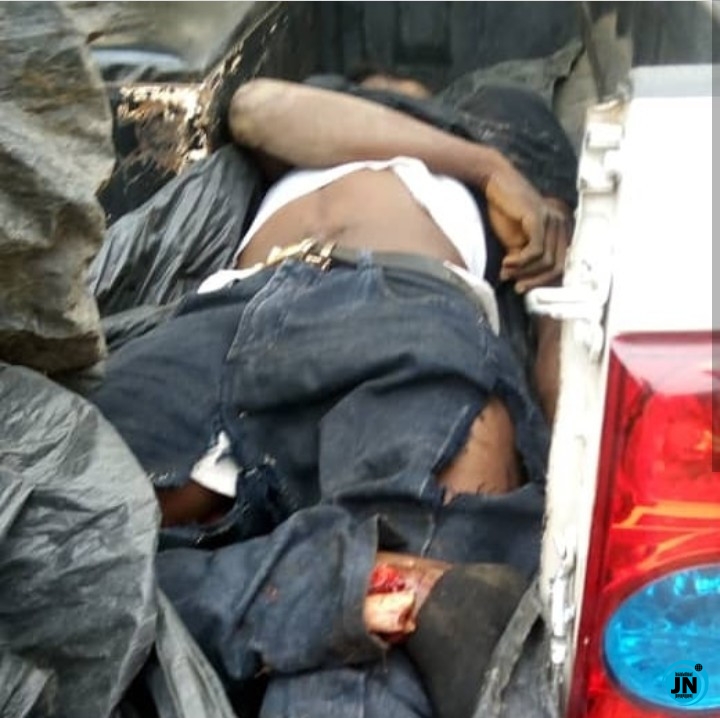 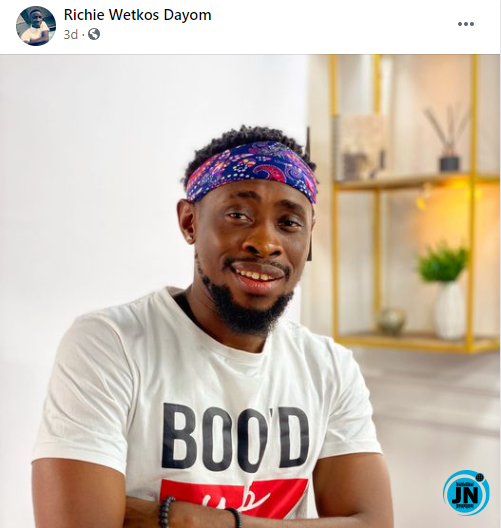 Friends have since taken to Facebook to mourn Richard. 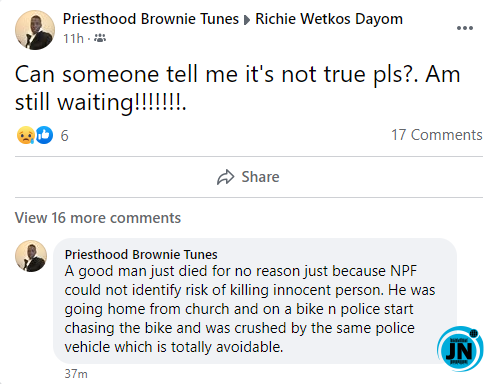 Exposed! How Davido cheated on Chioma with popular Instagram model while she was pregnant with Ifeanyi
Idris Elba reacts to criticism for having his wife beside him while announcing coronavirus status
Gedoni gushes over Khafi while narrating how he fell in love on BBNaija show
Diamond Platnumz speaks Of his health while on phone with his worried mum