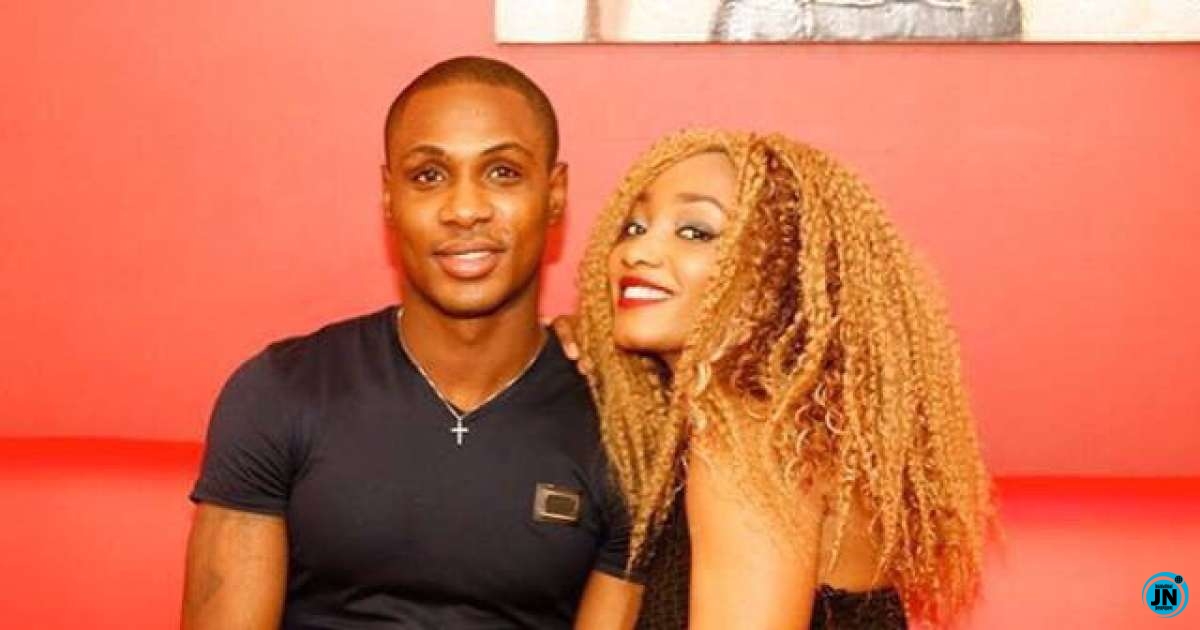 Sonia Ighalo, wife of Manchester United‘s striker, Odion Ighalo has debunked rumours of their Lekki residence being attacked by hoodlums.

Recall that, news earlier had it that the professional footballer’s house in Nigeria alongside that of the self-acclaimed African Giant, Burna Boy were under attack by thugs.

In reaction to the video circulating the social media space of the attack, Sonia took to her Instastory to discredit the tape as a total fake.

This is not the right time. May God see us through in this troubling times,” 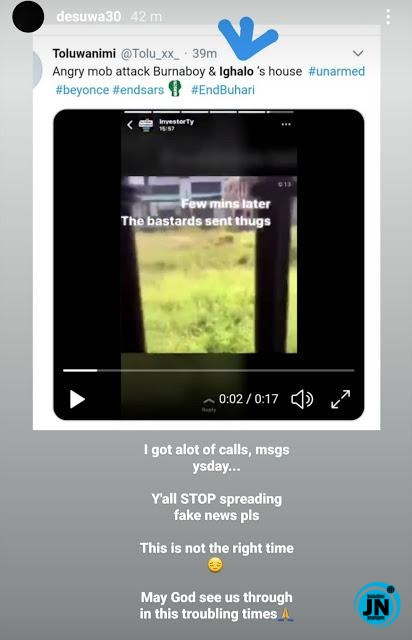 Checkout the Biography of Okeke favour
SHOCKING! See What Asa Asika Revealed About Davido’s "A Better Time" Incoming Album
“Davido didn’t pick his calls or reply his messages after asking me to reach out to him” – Cynthia Morgan reveals
"Guys Please I Need A Manager" – Singer Tekno Cries Out