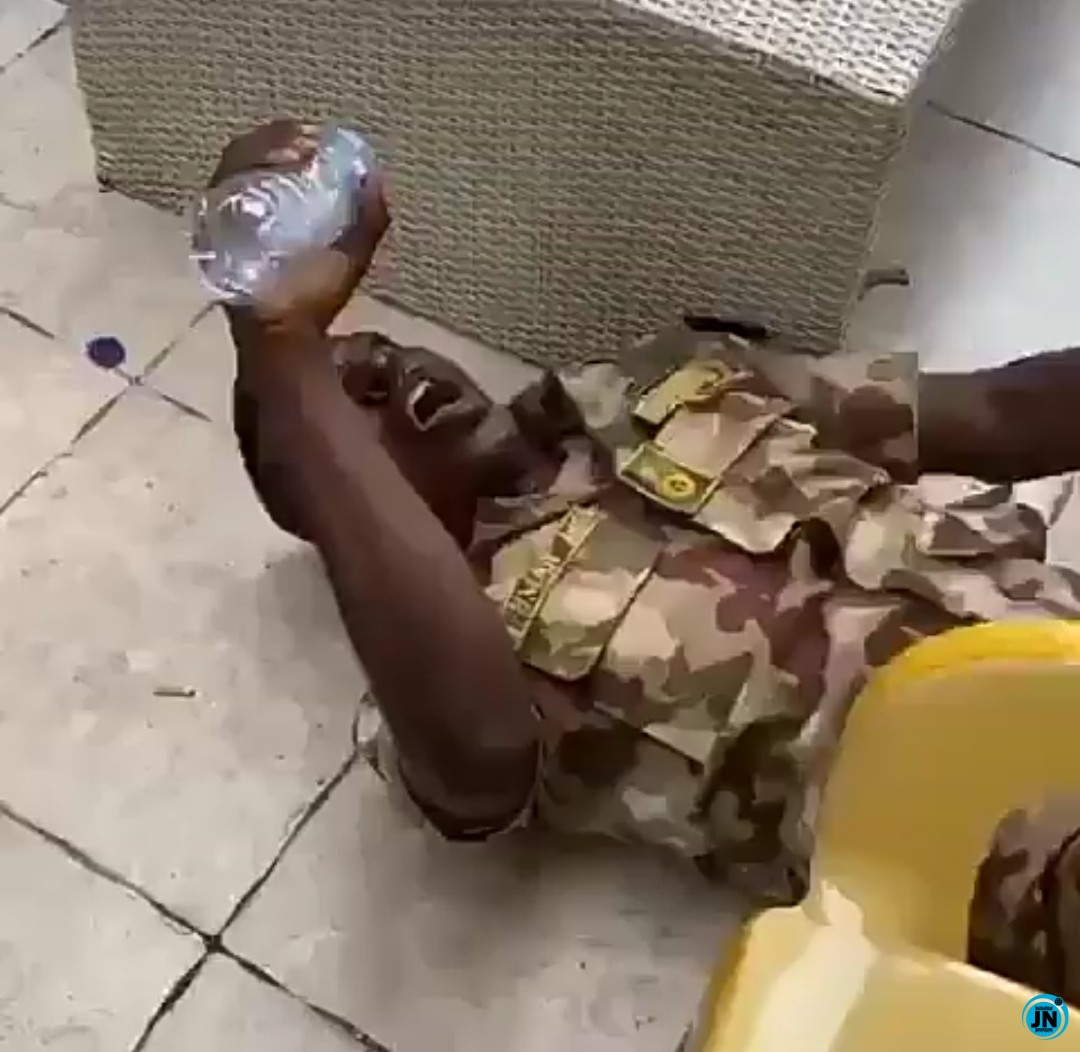 In the viral video, the soldier could be seen rolling on the ground and acting in an uncontrollabe manner, as eye witnesses tried to calm the situation.

An eye witness who made the video was heard saying that the soldier took Colorado.

He also suggested that they give him water to reduce the effect of what he took.

Reacting to the video, some fans shared their experiences, while some others condemned the soldier for getting involved in such act.

“I dislike boys” – Cuppy lashes out (Video)
Naira Marley sends words of advice to his followers (Video)
I have children – Actress Rita Dominic opens up (Video)
#BBNaija: Moments Erica Couldn’t Hold Back Her Tears, After She Was Disqualified (VIDEO)