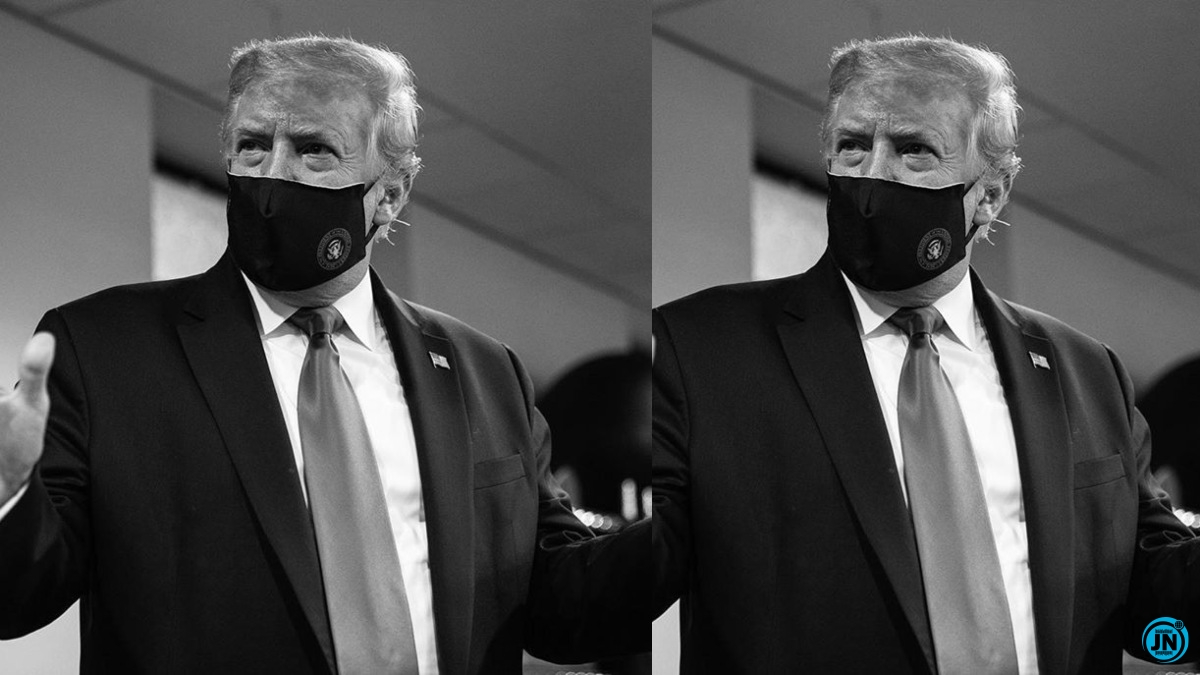 The President of the United States of America, Donald Trump has said that testing positive for the deadly coronavirus was a blessing from God.

Recall that Trump was admitted in the Walter Reeds hospital on Friday, October 2 where he was treated until he was discharged three days after.

The President has released a video on his social media pages, stating that his experience in the hospital was good as the medical personnel’s were very professional.

He also stated that contracting the virus was a blessing from God, adding that that the virus is the fault of China.

I was rejected by 2 hospitals – Basket mouth’s wife shares childbirth testimony
See How Iyabo Ojo’s Daughter Replied Instagram User Who Asked If She Was Gay
President Donald Trump Says Contracting Covid-19 Was A Blessing From God
Bobrisky Blasts Those Asking Him For Giveaway, Recounts When He Was Broke