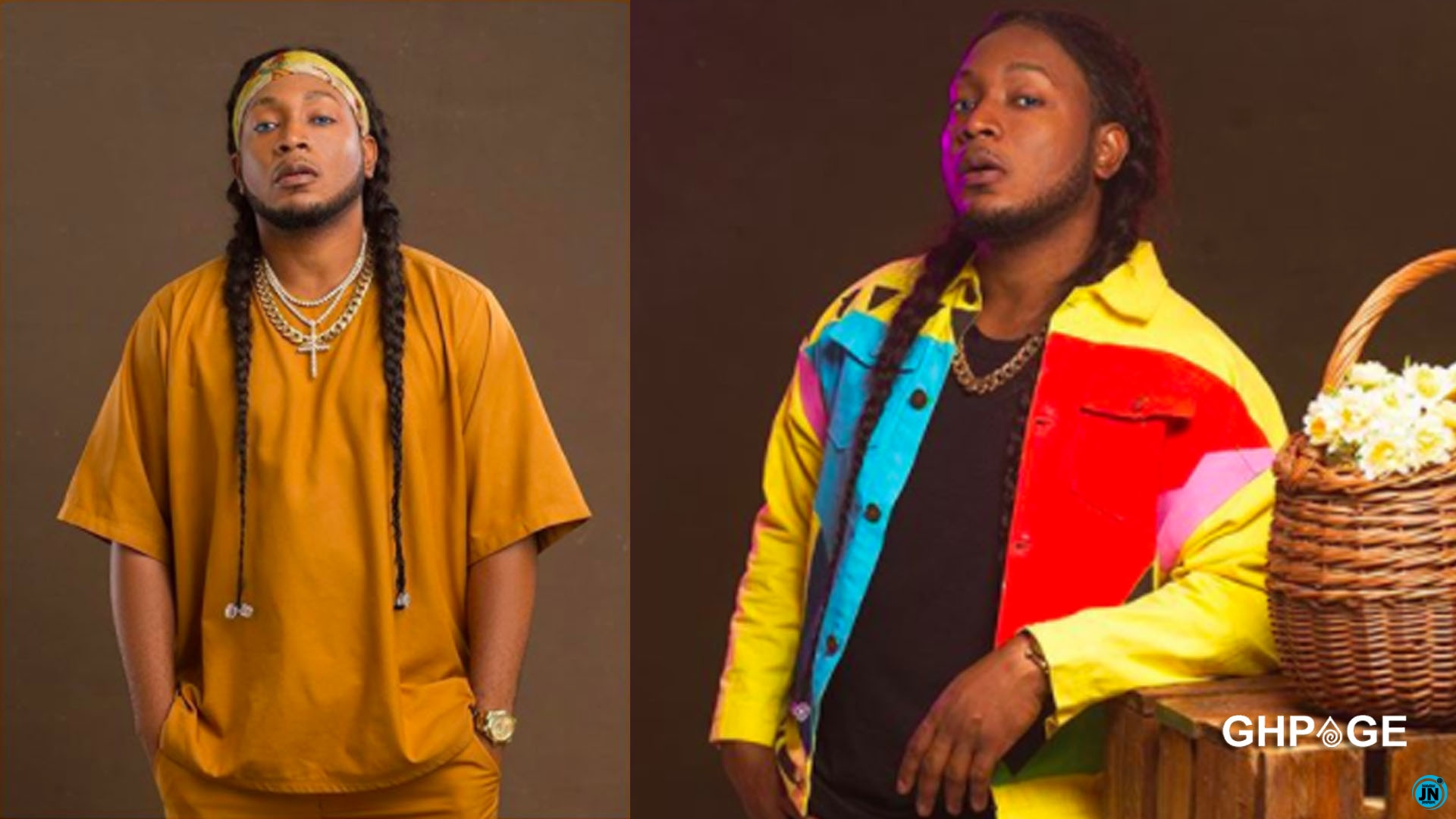 Tema-based musician Nana Borro now Berose 3sixty has reacted to claims and rumors going around that he is gay hence his new look.

The musical career of Nana Borro has taken a nose-dive for some years now which made him irrelevant in the music industry.

Not so long her surfaced with a new look which spark concerns as to some people seeing a man with a wig are something abnormal.

According to some people, due to the increase of homosexuality they believe the ‘Aha y3 d3’ hitmaker has accepted his fate as a gay hence he is trying to play smart by playing with the minds of people with his new looks.

But reacting to the gay tagged leveled against him and his new looks, he denied it saying he is not gay but he is just an entertainer.

He went on to explain that the wig he puts on has nothing attached just that he puts on the wig just to trend and make people talk about him as a way of reviving his musical career.

Speaking on Accra-based Neat Fm he said; “I set trends. It doesn’t mean I have a female side of me. I love well-endowed women. I love women; I don’t have any gay traits in me. It’s a fashion and I’m not a church elder. I’m not a Pastor. I’m not a banker. I’m an entertainer; I entertain. I set trends.”

The rebranding didn’t affect his name only.

“If You Don’t Like David, Just Go And Visit Goliath” – Peruzzi Hypes Davido, Fans React
“There was no war, but they just wasted my son” – Father of young boy killed by a policeman in Rivers State, cries out for justice (Video)
BBNaija: 'Revert To Your Old Ways, Erica Is Just Using You' – Vee Tells Laycon
Write, Post & Submit Your Articles On JustNaija