A heartbroken Nigerian lady has shared her chat with her boyfriend who got her pregnant and offered her N55k to get rid of it.

According to the leaked Whatsapp conversation, her boyfriend, Moses got her pregnant and refused to take responsibility.

Despite several attempts to make him accept his unborn child, he denied the pregnancy and even offered her N55k to get rid of the “doomed” pregnancy.

The heartbroken lady however assured him that she will definitely get back at him for the pain he has caused her. According to her, she never thought he would deny her the way he did.

Read their conversation below; 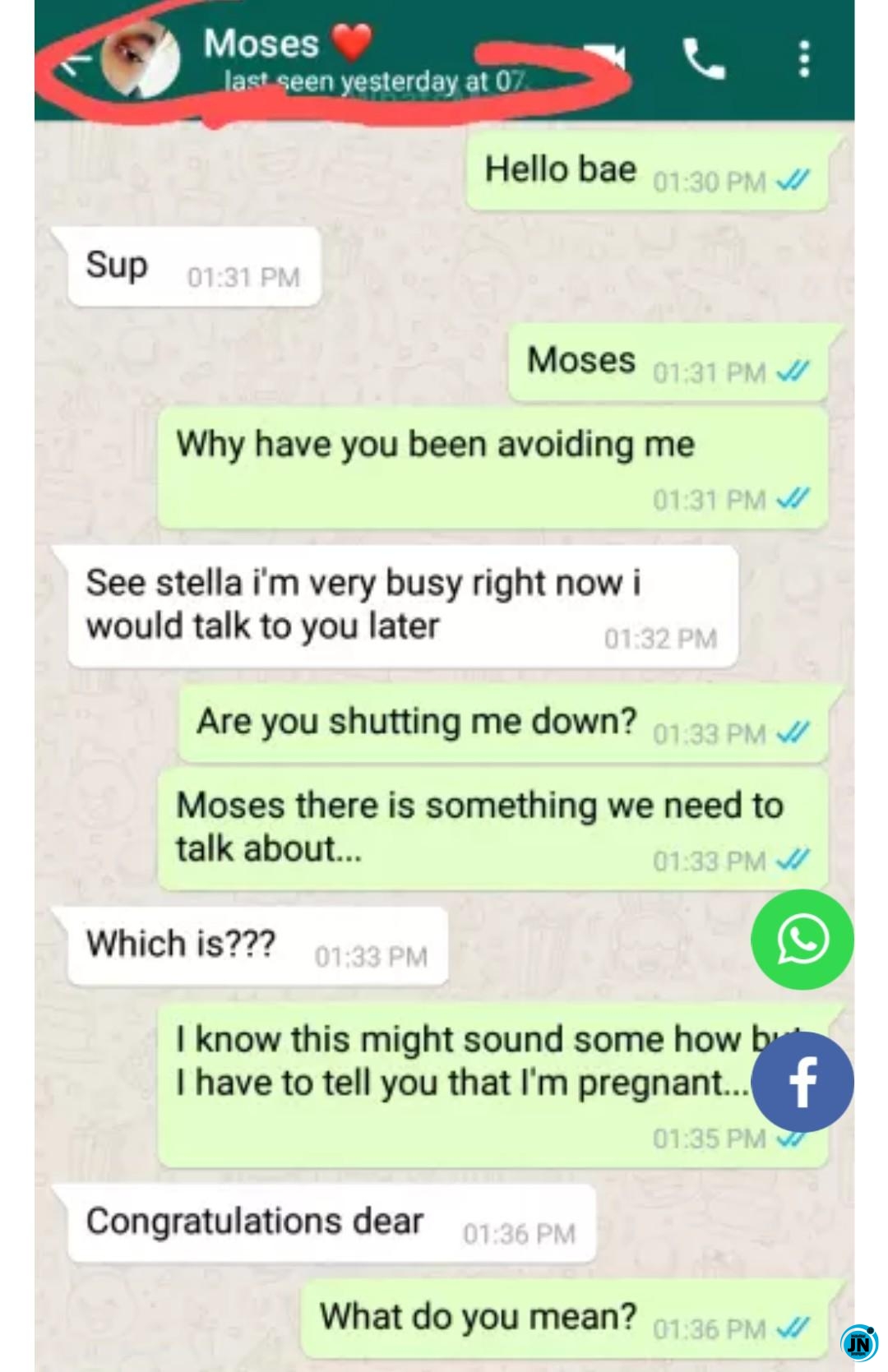 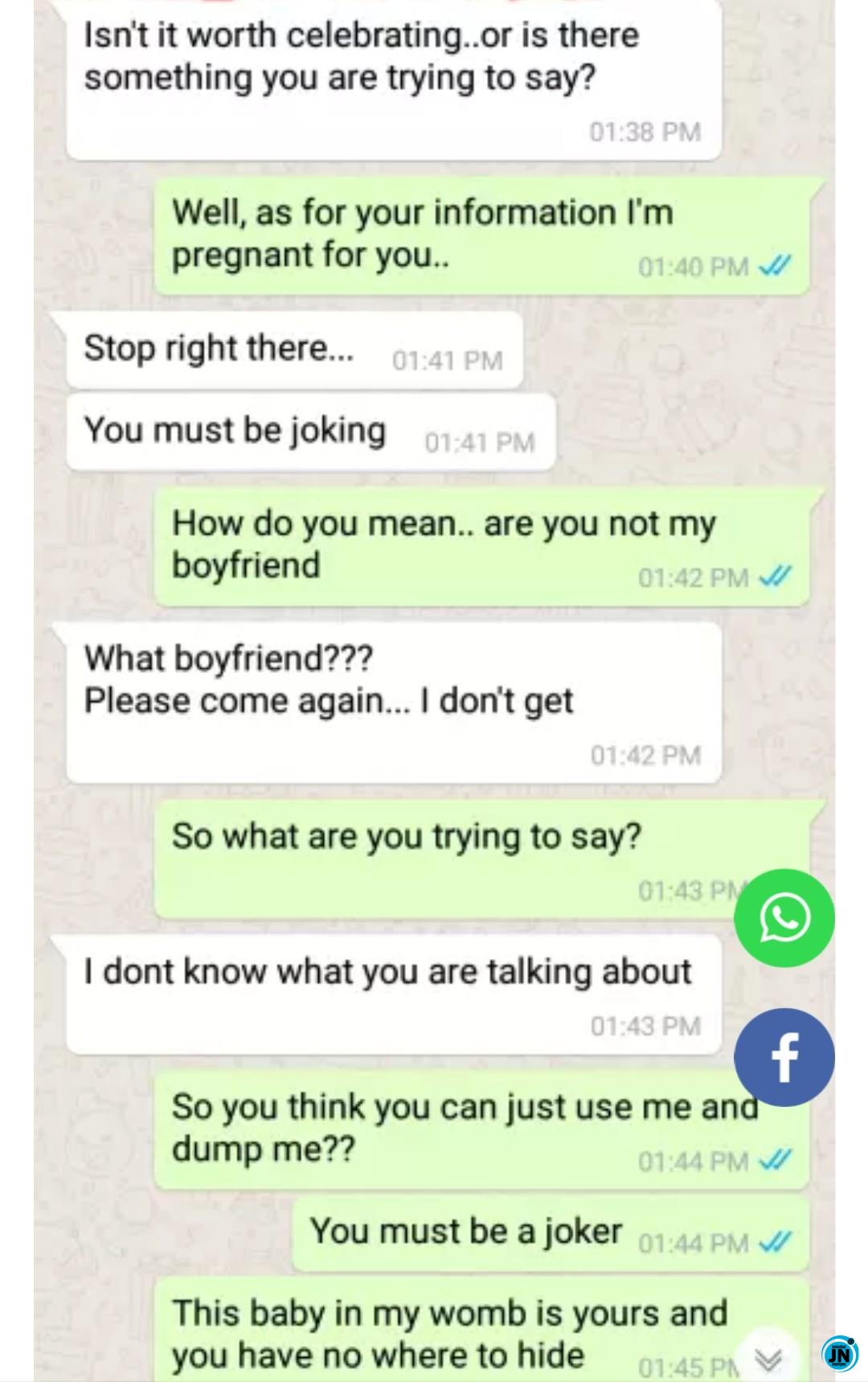 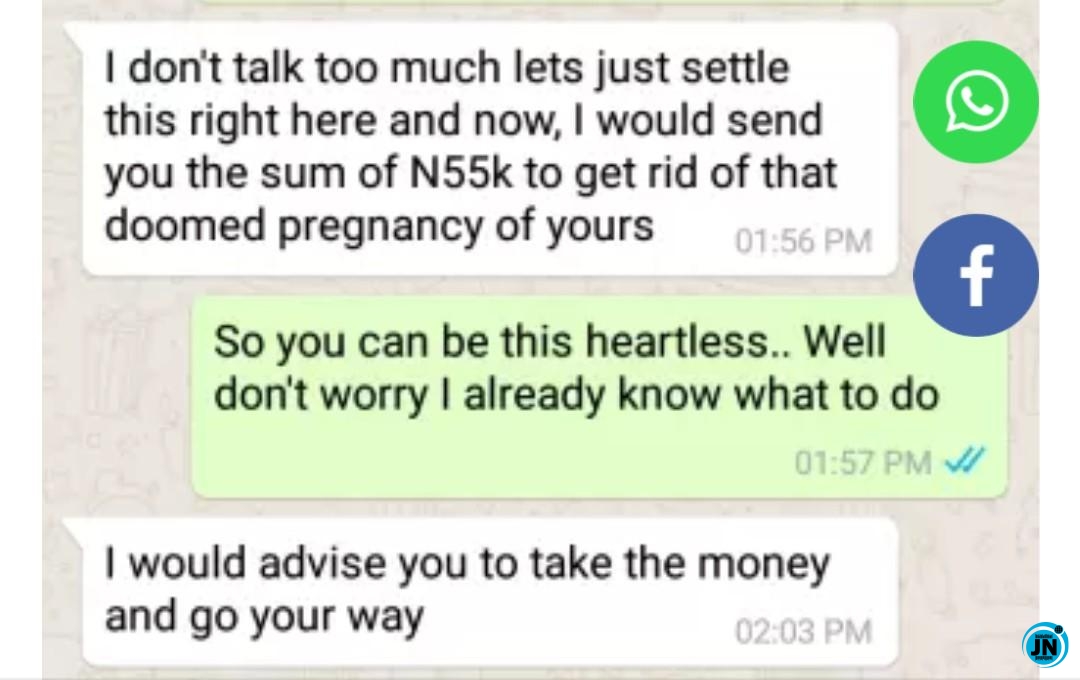 See List Of Celebrities Who Have Been Harrassed By Sars
See Stefflon Don's Response To A Fan Who Asked If She & Burna Boy Are Still Together
Gbas Gbos!!! Wizkid and Davido Beef, Who is better?
Telecommunication companies now allowed to register people who don’t have NIN