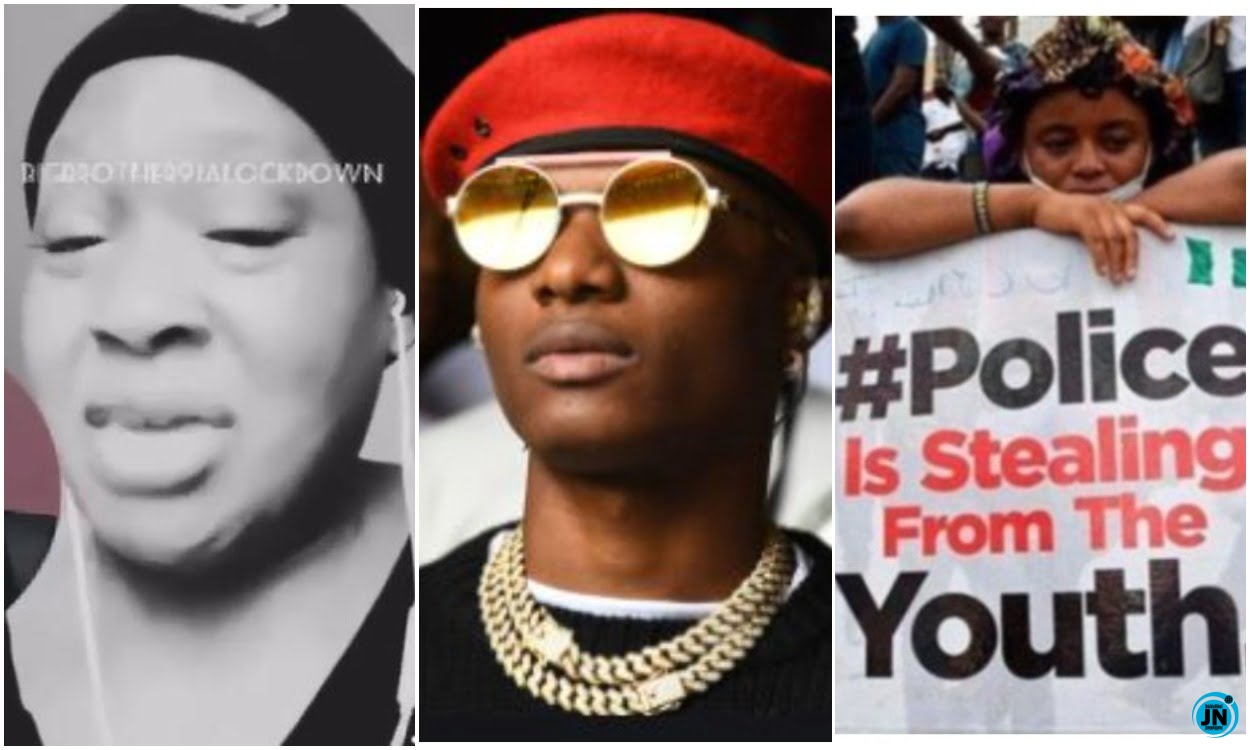 Self-acclaimed international Journalist, Kemi Olunloyo has sent out a strong message to Afro-pop singer, Ayodeji Balogun, a.k.a Wizkid pertaining to his involvement in the ongoing nationwide #EndSARS Protest.

In the video that had gone viral, Kemi broke down in tears because of Wizkid.

According to the journalist, the group the singer is allegedly in, is a trap. In the short clip, she could be heard saying in Yoruba,

“Wizkid! Wizkid!! Ayo!!! Leave that group, they will destroy you. They just want to use you. Please do not let the devil use you.”, she wept.


justnaija News recalls, that some group of youths including celebrities like Wizkid, Dipo, Pameilerin, Falz were in attendance in the virtual meeting which held on zoom.

She claimed that some people in high places are trying to fund the movement for financial benefit and she feels Wizkid will be trapped if he does not back-out now.