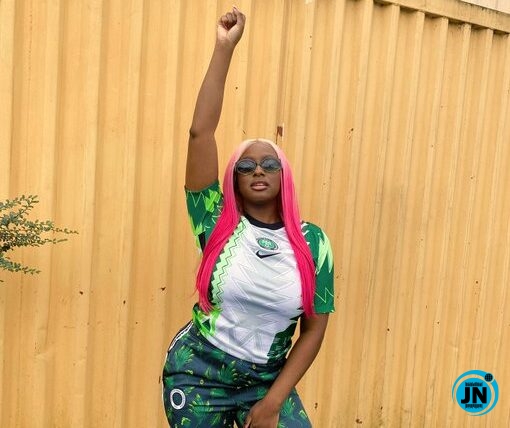 The billionaire daughter, Ifeoluwa Florence Otedola popularly known as DJ Cuppy has finally joined the #ENDSARS campaign after staying mute over the matter. The Disc jockey taking to twitter opined that are close relations have warned her to not engage in such a campaign.

However, DJ Cuppy against all odds, have stood tall to the game and joined the movement, she further seeks forgiveness from her fans for being silent all this while, she further claimed, she is not being affected by SARS incessant madness across the country. in her words, she said;

“Going against the advice of those around me, but it doesn’t feel right. Silence can say so much. My fellow Nigerians, forgive me for taking so long to comment”, she began. She then noted that though she is not affected by them SARS operations, she is against the unit going by the news of its misconduct.

“I would be lying if I said I’m DIRECTLY affected by SARS but a lot of my Cupcakes are and that’s enough for me to care. I stand behind the movement to #EndPoliceBrutality AND #EndSARS“, she added

Actress, Ini Edo dazzles in wedding gown as she allegedly holds secret wedding (Video)
Video Director Calls Out Joeboy For Stealing His Idea
‘I still relied on my mum to give me 100 naira at age 24’ – NairaBet Founder, Akin Alabi
Edo Youth In Protest Seeking Helps at the Oba Of Benin Palace - End Sars