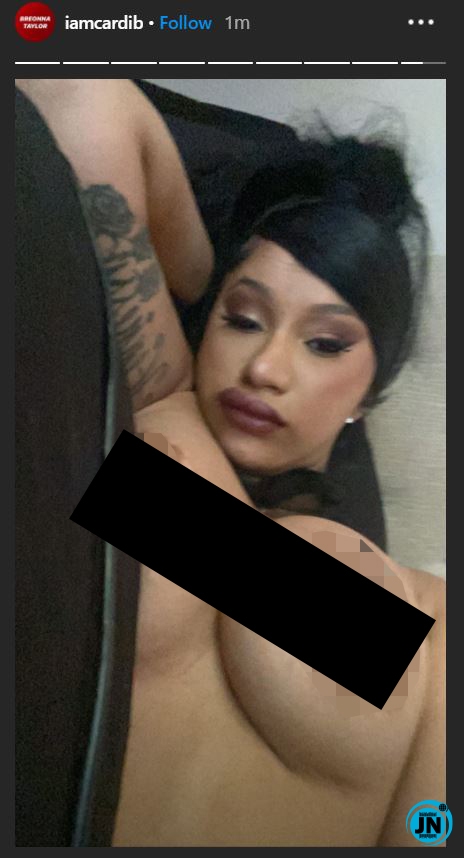 American rapper and mother of one, Cardi B is a subject of drags on social media after she mistakenly leaked her own nude picture on Instagram.


Cardi who’s currently embroiled in a lawsuit as she tries to divorce husband, Offset has been partying all week to mark her 28th birthday, she probably had too much to drink and posted a topless picture of herself in her Instagram story.

The selfie was swiftly deleted, but not before it was seen by thousands of people who screen grabbed it.

However, contrary to reports that Cardi planned to sue whoever posted it, Cardi clarified that it was, indeed, her own doing. “I did post no story about me suing nobody ….nobody to be sued for,” Cardi wrote, “It was my fuck up…shit happens.”

Some Fans Are Concerned Over This Latest Photo Of BBNaija’s Bam Bam
Stay Away From Under 23 Women – Bbnaija Star, Leo Dasilva
After Being Called Out For Her Recent Pictures Mercy Aigbe Reveals Why People Are Always Angry
Nigerian entertainment industry mourns as popular singer, Kobbe dies

She not a woman but an animal in human skin

She is not a woman but an animal in human skin.

She has a very fine boobs
But as a celebrity I don't there is any need of regretting her act.

She used to be a stripper...what do you expect🙄🙄