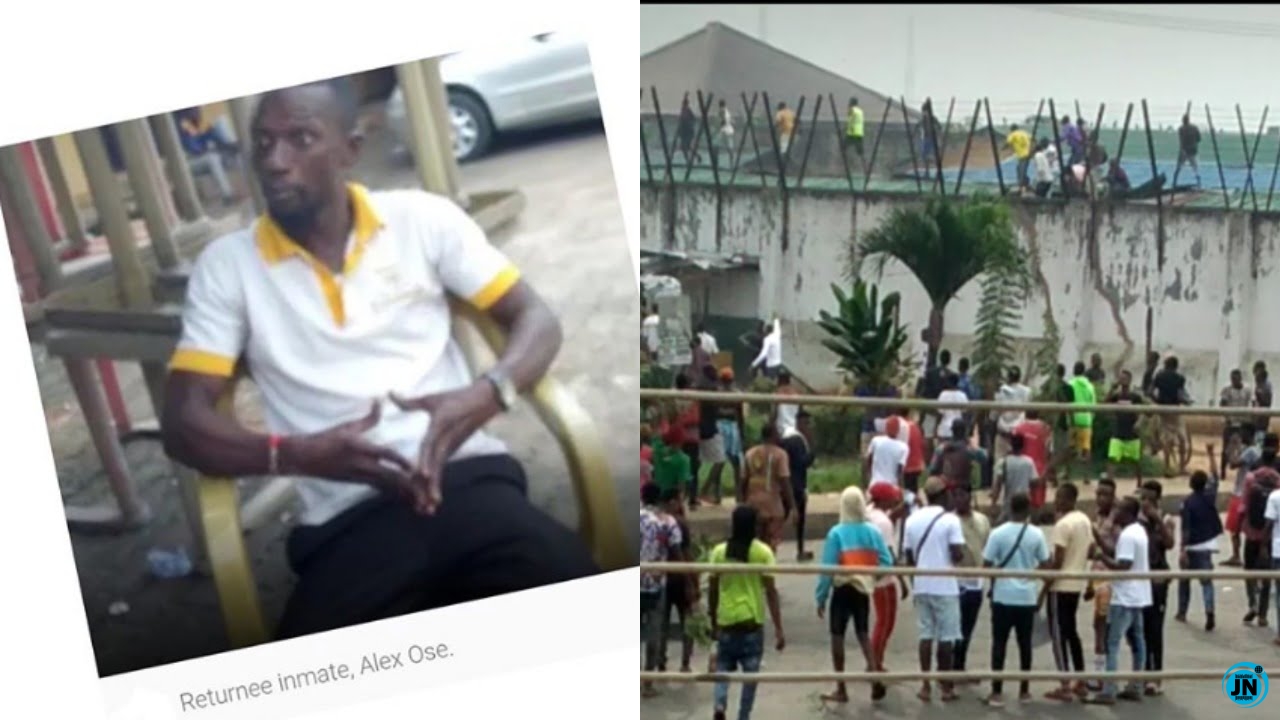 It has been reported that 25 prisoners out of the 1,900 that escaped from Oko and Sapele Road Correctional Centre popularly called White House, Benin, on Monday the 19th of October, have willingly surrendered themselves to the government after several warnings from the governor, Godwin Obaseki.

justnaija recalls that some hoodlums violently attacked the peaceful #EndSars protesters in Benin, Edo State, and in the process, some prisoners were able to escape and regain their freedom.

According to Nigerian Tribune one of the inmates, who was identified as Alex Ose, 40, a taxi driver, from Esan, Edo State said that he has been awaiting trial since 2014 when he was arrested for armed robbery in the Edo State capital of Benin. The father-of-four said that he decided to heed the call of Edo State Governor Godwin Obaseki and surrender himself because he is innocent of the charges against him and was supremely sure that he will be vindicated by the court.

Two out of the 25 inmates were said to have returned were from Oko Medium Correctional Centre along Airport Road, Benin, .According to a source, the Department of State Security (DSS), the police, and officials of the Nigerian Correctional Services (NCS) will soon commence a massive manhunt for the runaway inmates once Governor Obaseki one week grace for them to return expires. He reminded that those who escaped from lawful prison custody risked being sentenced for extra seven years if caught while those who willingly surrendered themselves will be shown mercy as promised by Governor Obaseki.