The Big Brother Naija season 5 with the tag ‘Lockdown’ has just kicked off yesterday night and it is a usual practice amongst viewers to dump housemates who were on the last edition to focus on the new ones. 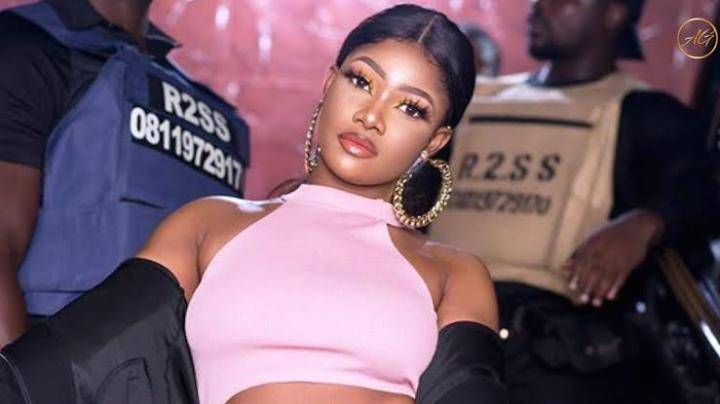 Well, Tacha was one of the most talked about on the last edition even if she was later disqualified.

She came as a scapegoat to some Twitter users last night after she was making some tweets on Twitter which was obviously related to Big Brother Naija.

Twitter users have stated clearly to her that her time is gone and that they’re now focused on the new housemates who just made their way into the house.

The reality tv star and brand influencer took to her account on Twitter and made a statement about her disqualification while she was in the house.

“BETTER TO BE DISQUALIFIED THAN EVICTED!! Say something new🥰🥱” 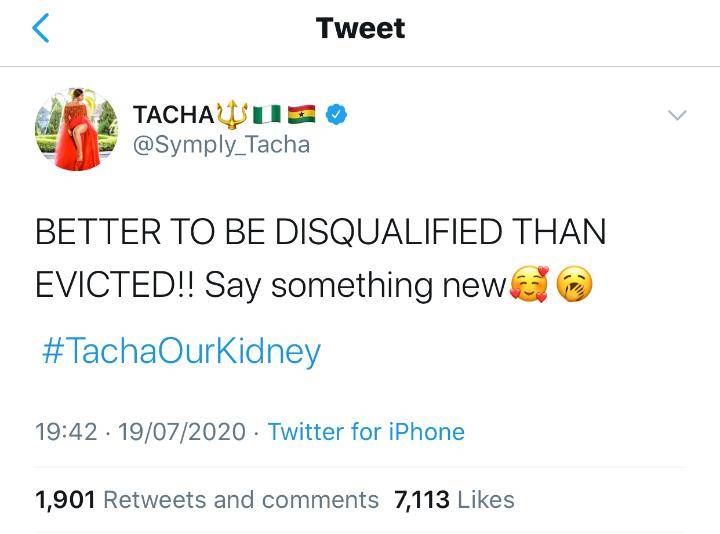 This however didn’t go down well with most Twitter users as they have come on to bash her for her statement.

She was replied with words like she has expired and they advised that she should let the new housemates shine.

See some replies she got below: 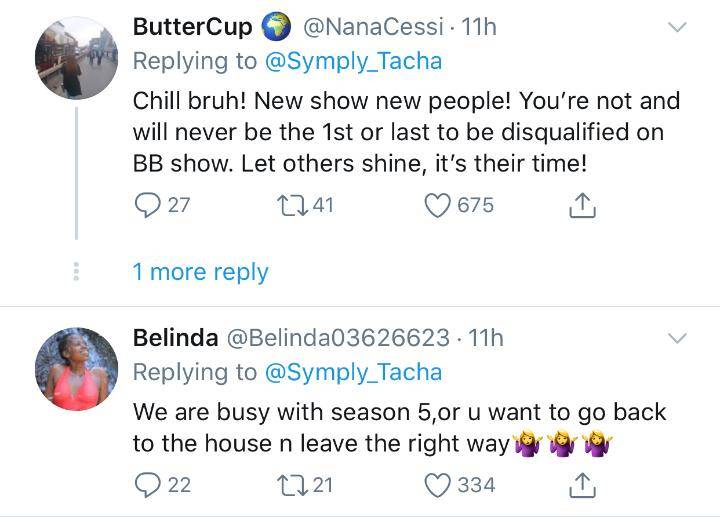 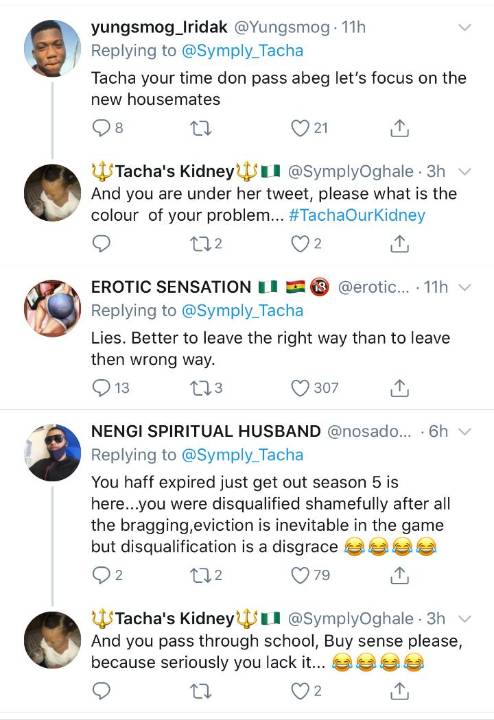 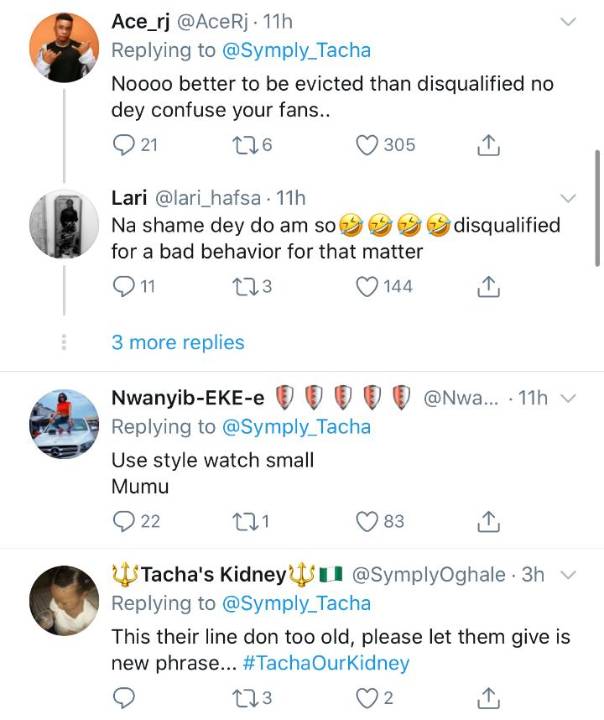 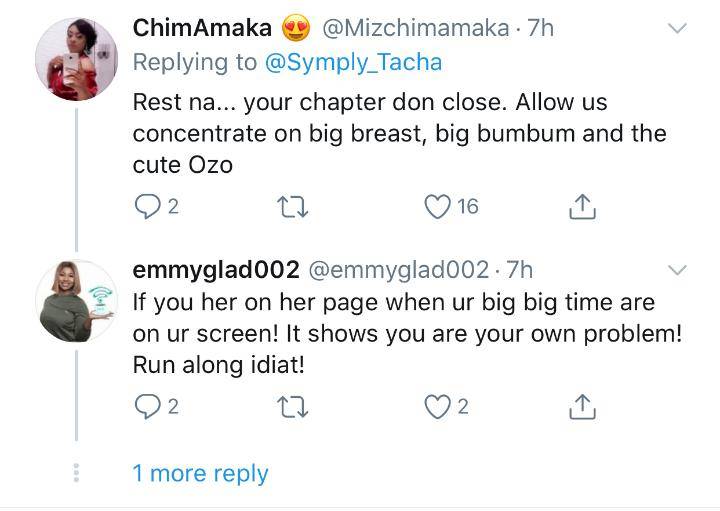 BBNaija: “I Know Your Mum Is Looking At How Strict I am With You” – Vee Tells Neo (VIDEO)
“If Your Man Cheats On You, Carry Their Brother & Father DAZZALL” – Teni
#EndSARS: “We saved your life when you were sick, now save us” – Timaya tells President Buhari
Your Biggest Mistake Is Not Being Able To Keep Olakunle Churchill, Nollywood Actor Tells Tonto Dikeh