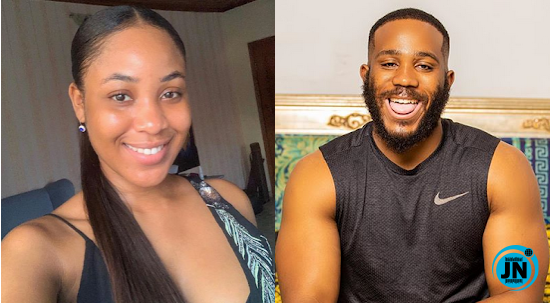 It’s been four weeks since the kick start of popular Nigerian reality TV show, Big Brother Naija, and some intimate activities have been recorded in the house, especially between housemates, Kiddwaya and Erica.

The couple were recently spotted having fun under the Duvet during Erica’s reign as Head of house, and Kiddwaya as her deputy.

Lately, Erica has been down with symptoms of malaria, but fans are not buying that, as they have been dragging the housemate on Twitter to undergo a pregnancy test.

See some reactions below;

“Erica doesn’t have malaria. Call a spade a spade, this is a sign of early pregnancy”.

Here are some other reactions below:- 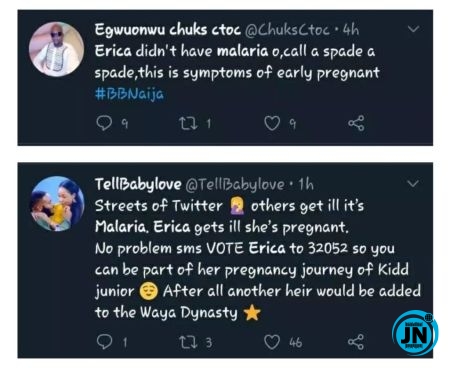 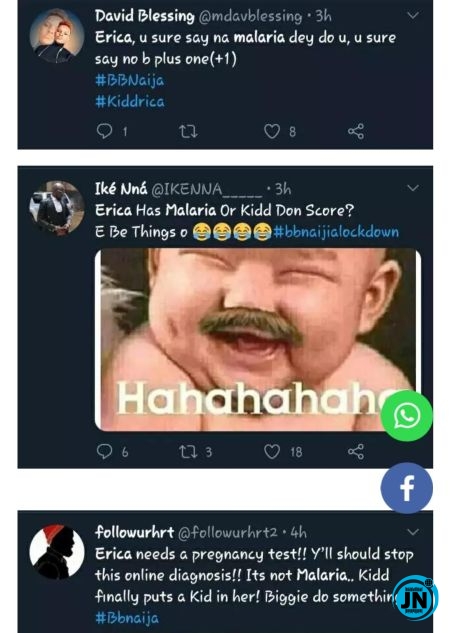 Angry fans descend heavily on BlackFace for calling out Wizkid on Twitter
“RIP 44” – Davido offers farewell tribute to Obama DMW as he steps out in Atlanta (Video)
“No bestie anywhere” – Bobrisky declares after fall out with former bestie, Tonto Dikeh
Peter of Psquare makes shocking revelations about his wife (Video)

To be pregnant na bad thing pls pls you people should allow her joor.