BBNaija 2020 ‘Lockdown’ housemate, Lucy has revealed she has no house to return to when she exits the Big Brother house and pictures of her selling roasted plantain have popped out. 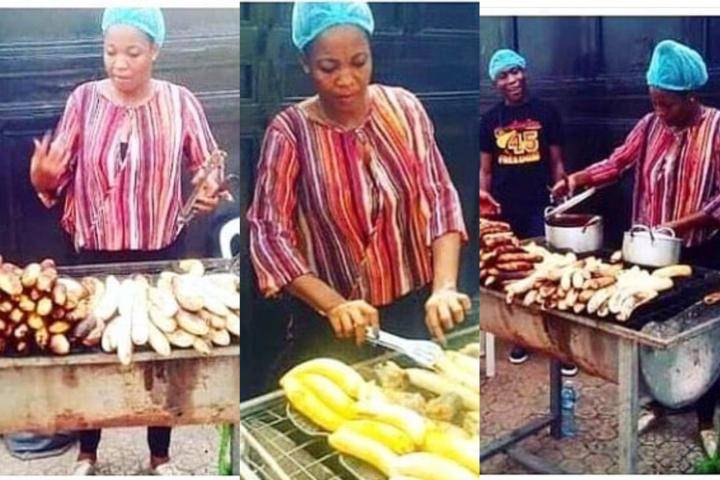 Lucy shared with her fellow housemates some hidden information about her private life during a discussion in which she disclosed that she is actually homeless.

Narrating her story, Lucy said that her Landlord had ordered her to vacate his house shortly after the month of August ended.

While she will be participating in BBNaija's season 5, she told a friend to help move her things away from the house to the house of one of her friends before the reality show is done.

According to what Lucy said, the Big Brother Naija house is the only place of residence but she is hopeful to remain in the house while season lasts.

Meanwhile, while that talk was in the house, viewers have dugged out photos of the housemate when she was selling roasted plantain. 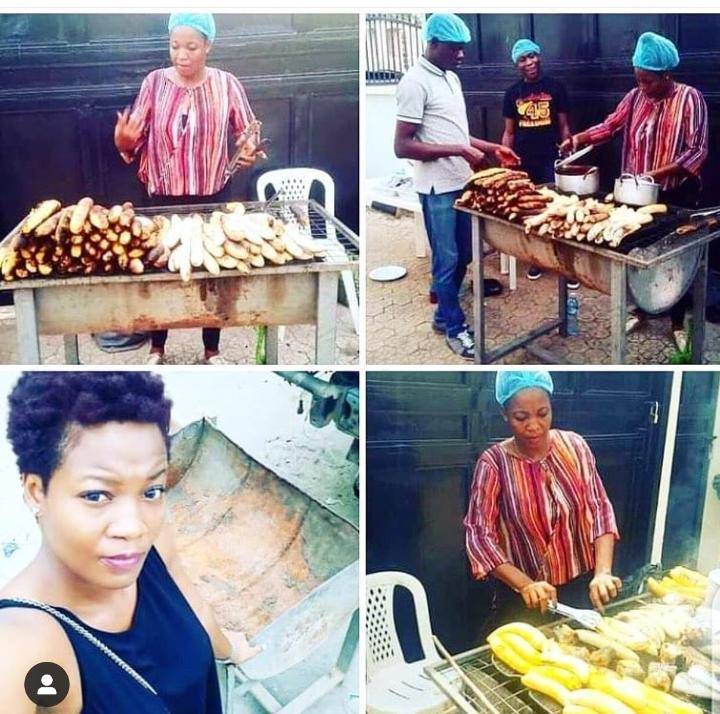 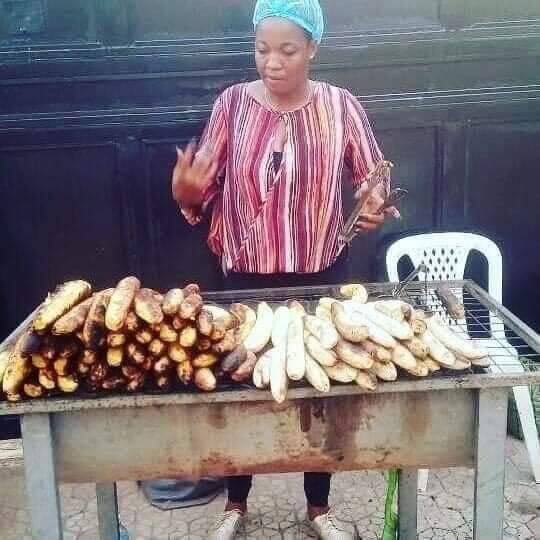 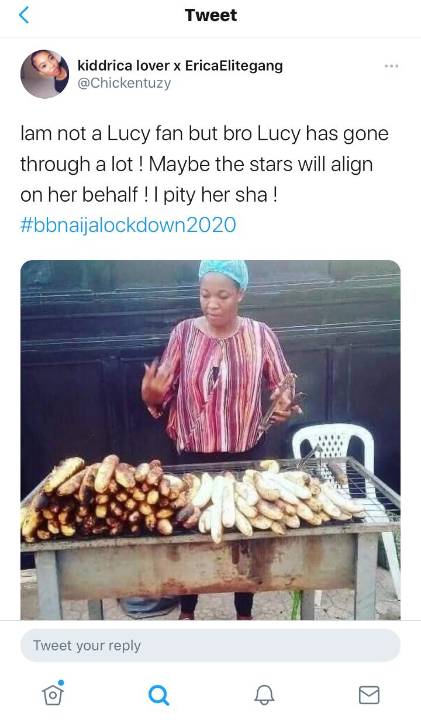 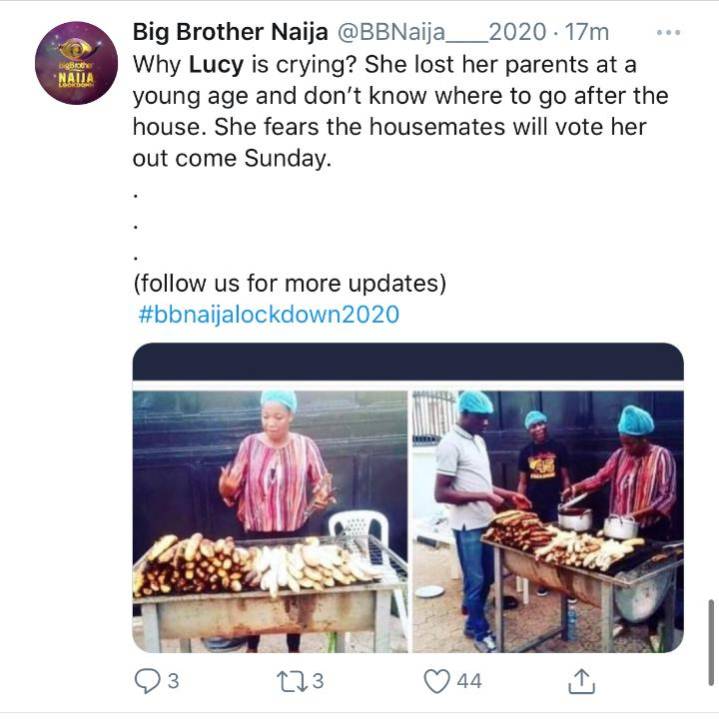