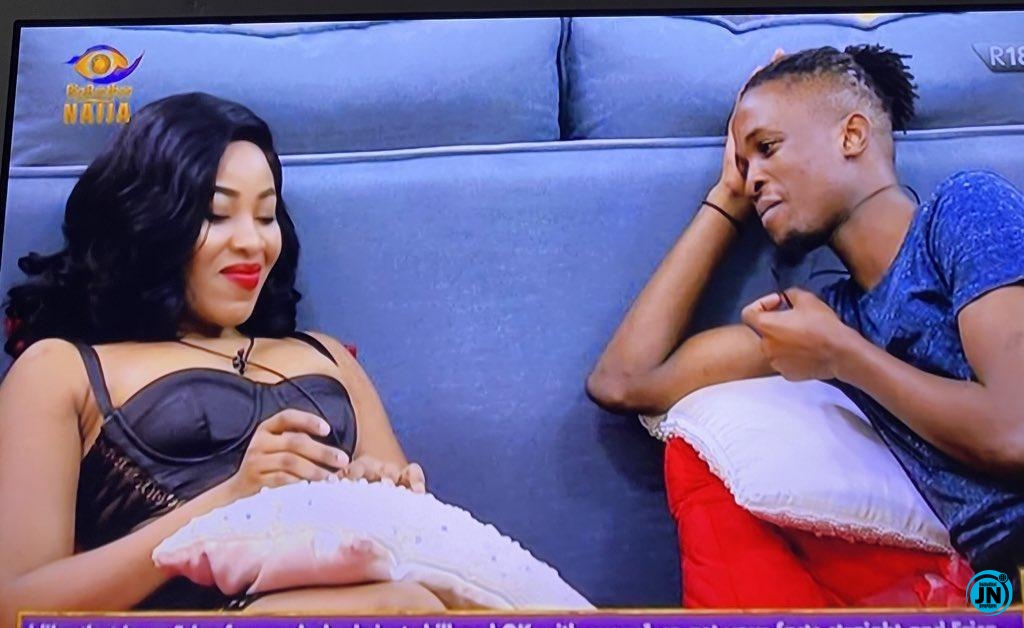 Big Brother Naija 2020 “Lockdown” edition housemate, Erica has finally opened up on how her friendship with fellow housemate, Laycon started.

According to her, Laycon was the first male housemate that showed her love, when they arrived at the Big Brother's house.

Erica continued that, when they had just arrived the BBNaija house, she was very cold and almost freezing out, when Laycon approached her, and gave offered his jacked so she could feel warmer.

Erica however, revealed this in a recent conversation she had with fellow housemate, and her love interest, Kiddwaya.

Erica went ahead to reveal to Kiddwaya that  Laycon has really been nice to her ever since the show began.

“He’s really been nice to me, he’s just this cool guy”, she told Kiddwaya.