Popular reality TV show, Big Brother Naija 2020 is getting much more interesting after it held its first eviction show on Sunday night. 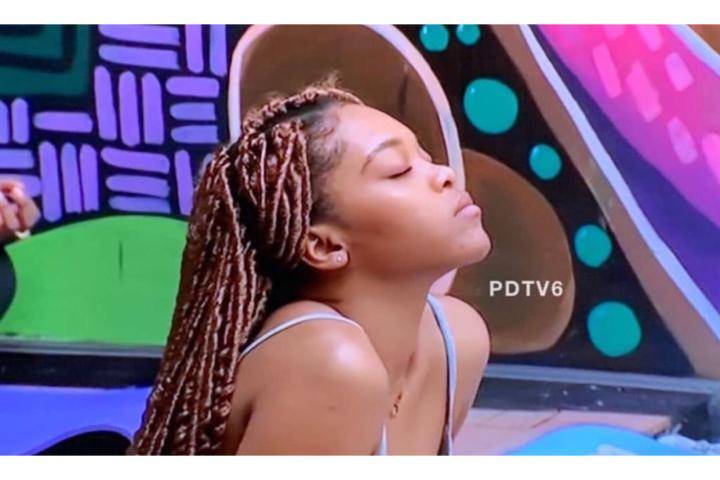 Sunday night’s eviction however saw two housemates take the exit door and they were Lilo and Ka3na.

Lilo and Ka3na were shown the exit door after their fellow housemates voted them out after there were among the housemates with the lowest votes made by the viewers.

Lilo however was the main talking point out of the two housemates that got evicted from the BBNaija ‘Lockdown’ show.

Lilo was the trending topic on Twitter as she was discussed a lot and had over 100 thousand plus tweets to her name. 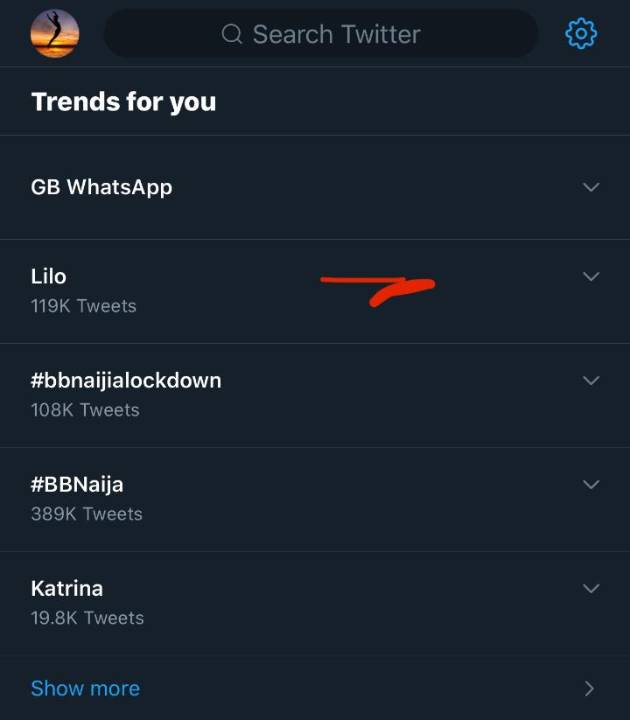 With the high number of tweets that were shared by the viewers on the social network, majority of them were mocking and making jest of Lilo.

Many have hit at her for always getting cozy with fellow housemate, Eric while in the house. 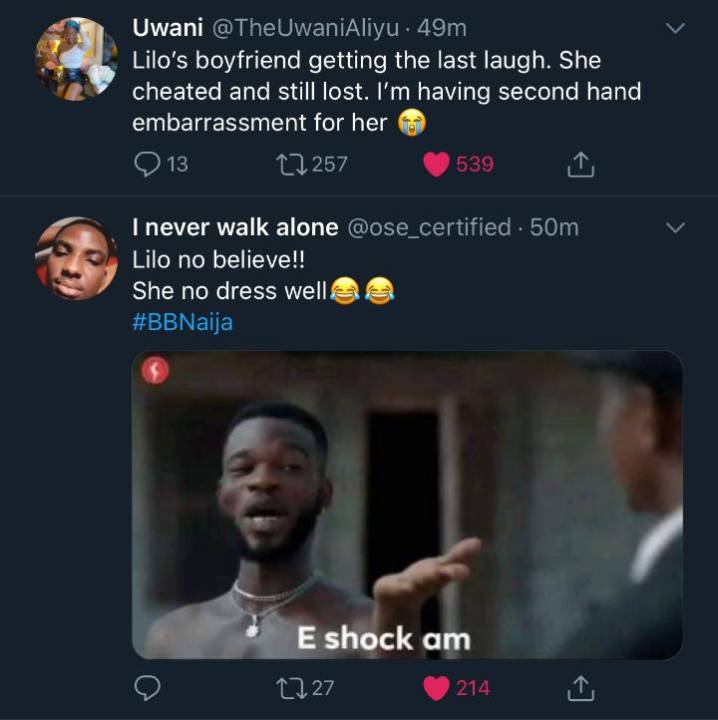 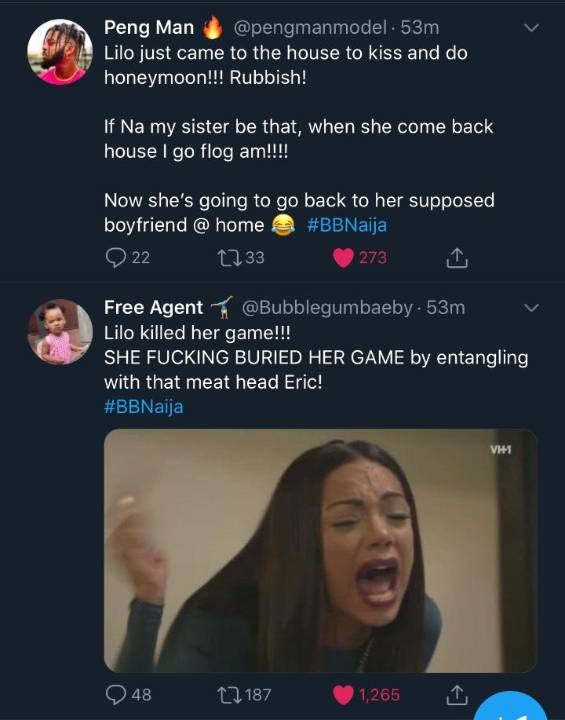 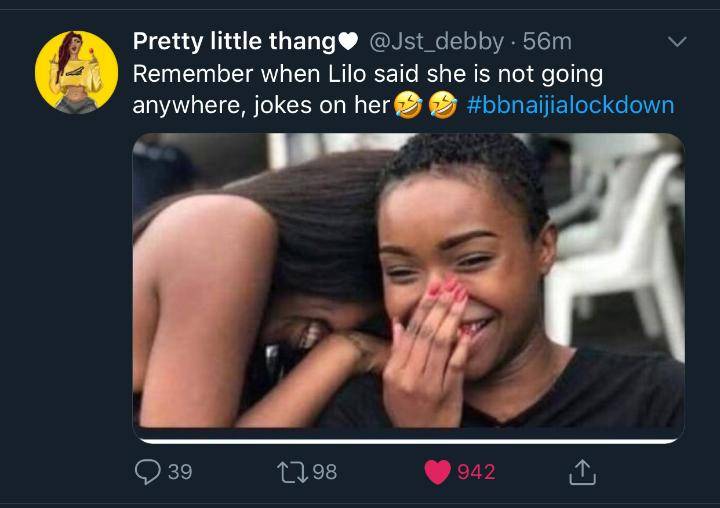 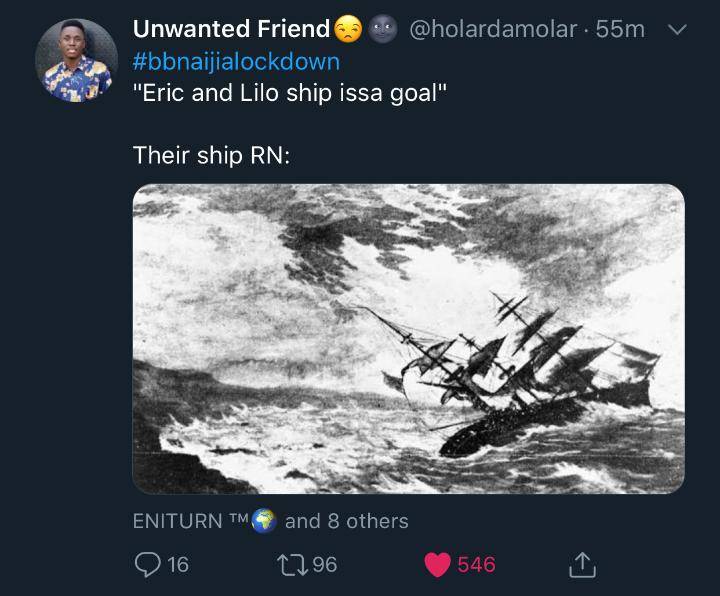 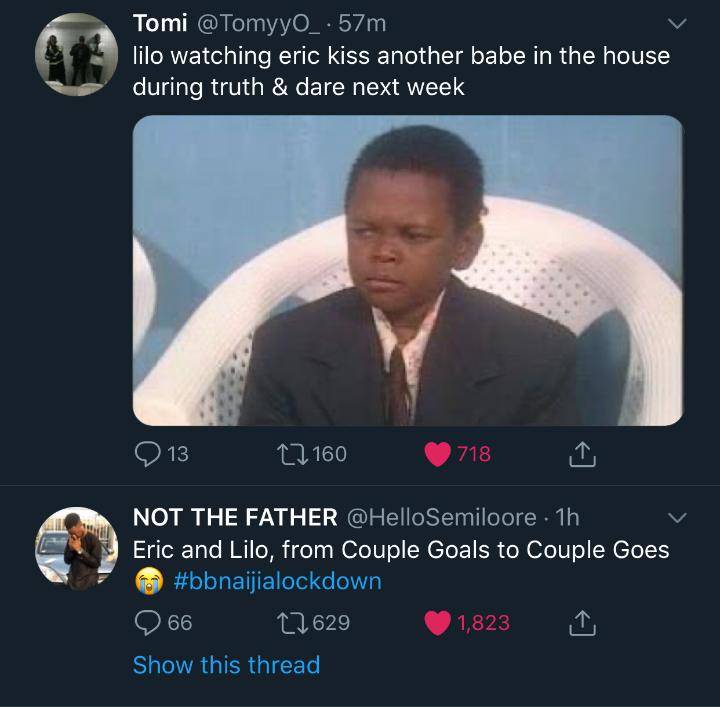 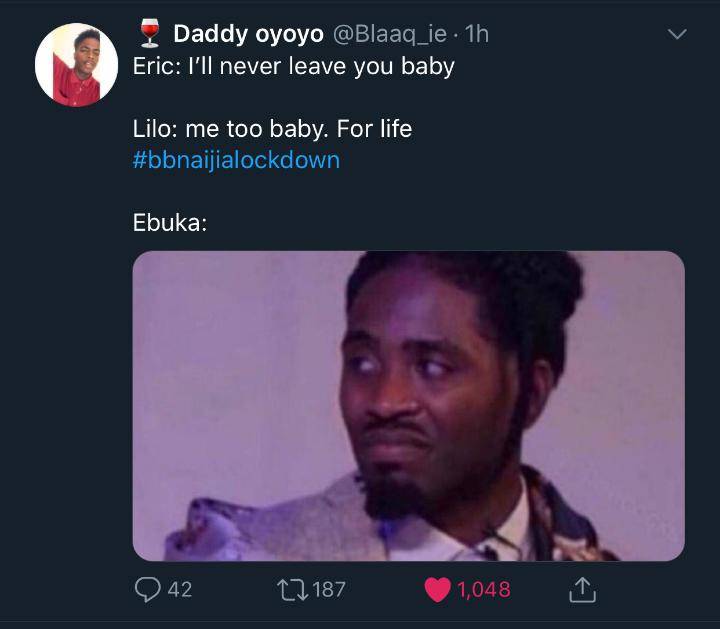 Nigerians Are Trolling DJ Cuppy After Man UTD's Loss To Tottenham, See Funny Tweets (Photos)
How Nigerians Mocked Lilo After She Got Evicted From BBNaija, See Tweets
"BET Gave Burna Boy The Award So Peace Can Reign, He Doesn’t Deserve It" – Nigerian Lady Tweets
Why Nigerians Are Praising Their Mothers On Twitter Because Of Zlatan (See Tweets)