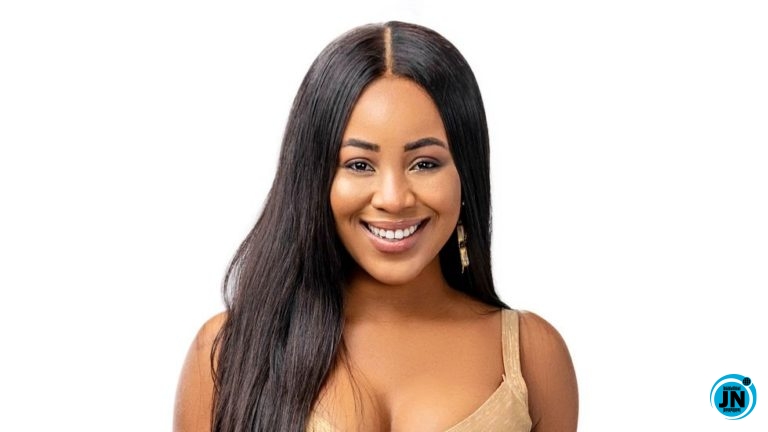 The season 5 & fifth edition of the popular Nigerian reality TV show, Big Brother Naija, officially kicm started some hours ago, and one of the housemates in is already trending on Twitter.

Taking a look at her profile, we discovered that her full name is Ngozi “Erica” Nlewedim. She is 26 years of age.

She is an actress and a commercial model from London, England, and she returned to Lagos after studying screen acting at the Met Film School in London.

Speaking on the habit she acquired during lockdown, she stated that she started reading motivational books and watching real estate sales videos on YouTube.

Additionally, her greatest achievement was graduating from film school in London, producing her first short film with a team in Birmingham, and being in the movie, Hire a Woman.

BBNaija taking to twitter with their official page, tweeted;

Get to know more about #BBNaija Housemate Erica and decide if she’s your fav!#BBNaijaLaunch 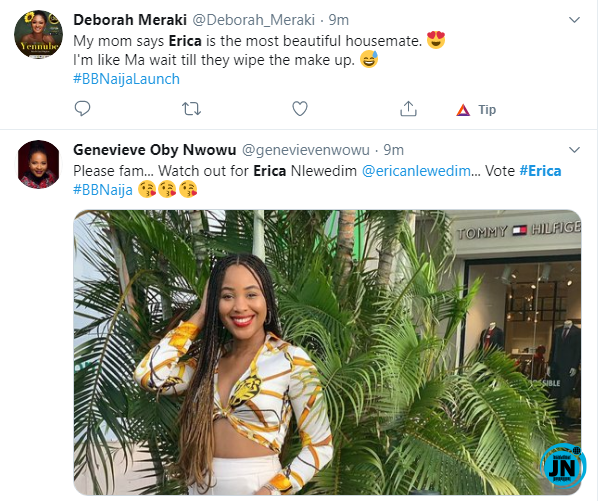 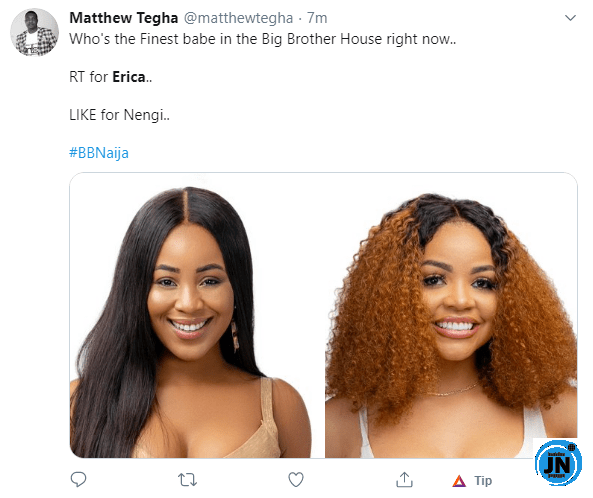 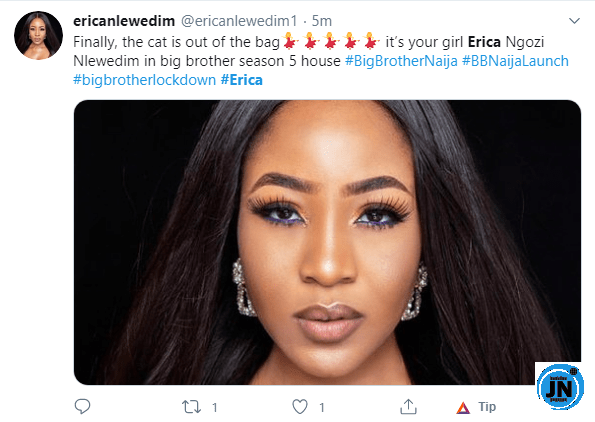 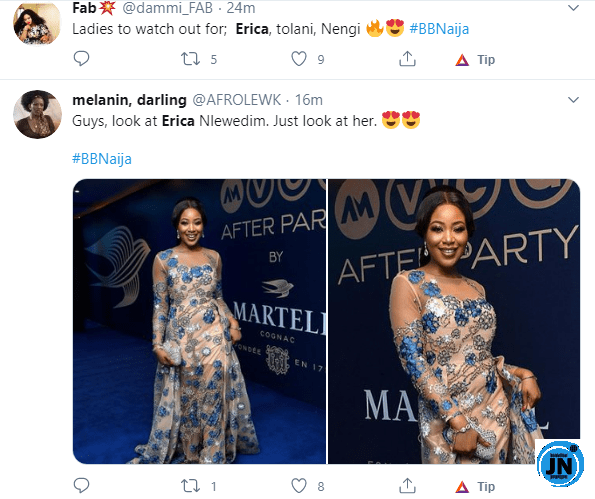 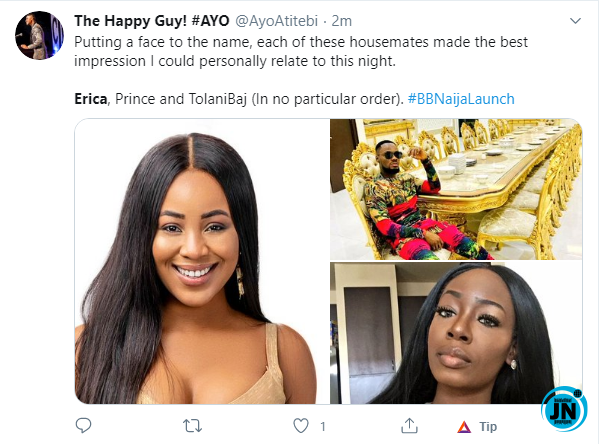