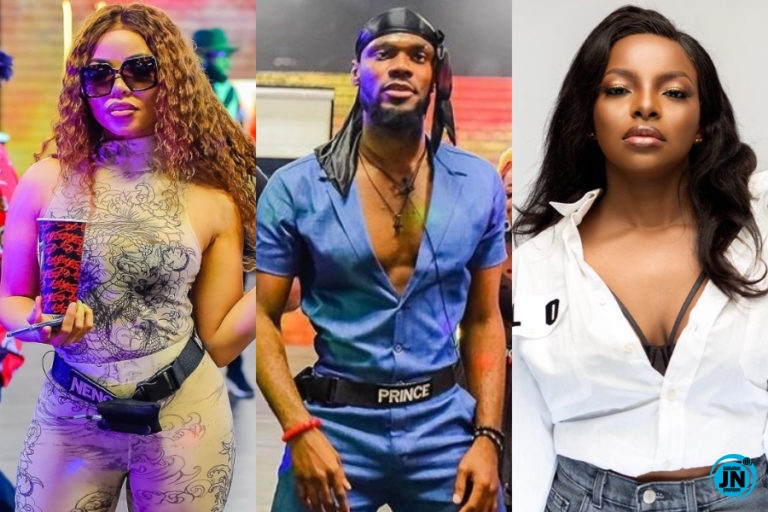 Big Brother Naija female housemate, Wathoni has threatened to cutoff fellow housemates, Nengi’s and Prince growing relationship, after she broke the sisterhood code to snatch him from her.

Wathoni decides to embark on a war against her bosom friend and former head of house, Nengi for snatching Prince from her after she told her about her feelings for him.

The Kenyan born-Nigerian based lady, appeared hurt after her friend disrespected her feelings, by going for her crush who she lovesloves dearly.

According to her, she doesn’t care about the friendship, all she wants now is to shake the table and that of others.

Tolanibaj however, agreed with her, but also advised her to stay away from the #VeeNe (Vee and Neo) relationship because it’s a no go area.

Teacher who lost her husband shares touching letter from her students
Princess Shyngle Shares First DM She Got From The Man She’s Set To Get Married To
School reopening: UN demands protection for students, teachers from attacks
Abule-Ado Explosion: 3-year-old girl rescued unhurt from ruins