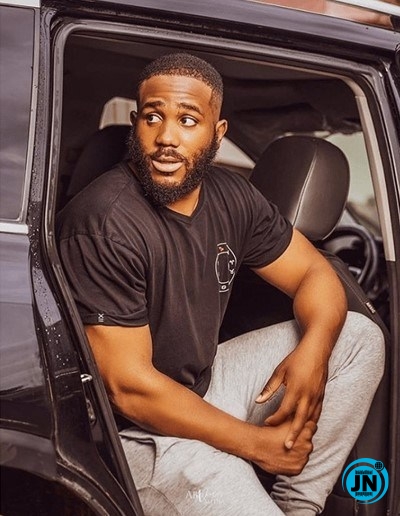 A Facebook user identified as Felix E Onyemaechi, has taken to his page, to give out a shocking reason, on why Nigerians shouldn’t vote or one of the housemate, Kiddwaya, in the ongoing Big Brother Naija, reality TV show.

The user, Felix E Onyemaechi also added that whoever spends his hard-earned money to vote for him is stupid.

He continued sayinng, Kidd Waya is the son of a Nigerian millionaire so it doesn’t make sense to enrich him further through the BBNaija reality show.

“Whoever spends his money to vote Kiddwaya to win this year’s BBNaija will not only be insane but stupid.
In case you don’t know, Kiddwaya is the son of billionaire businessman Terry Waya. Why waste money to enrich someone who is already rich”. 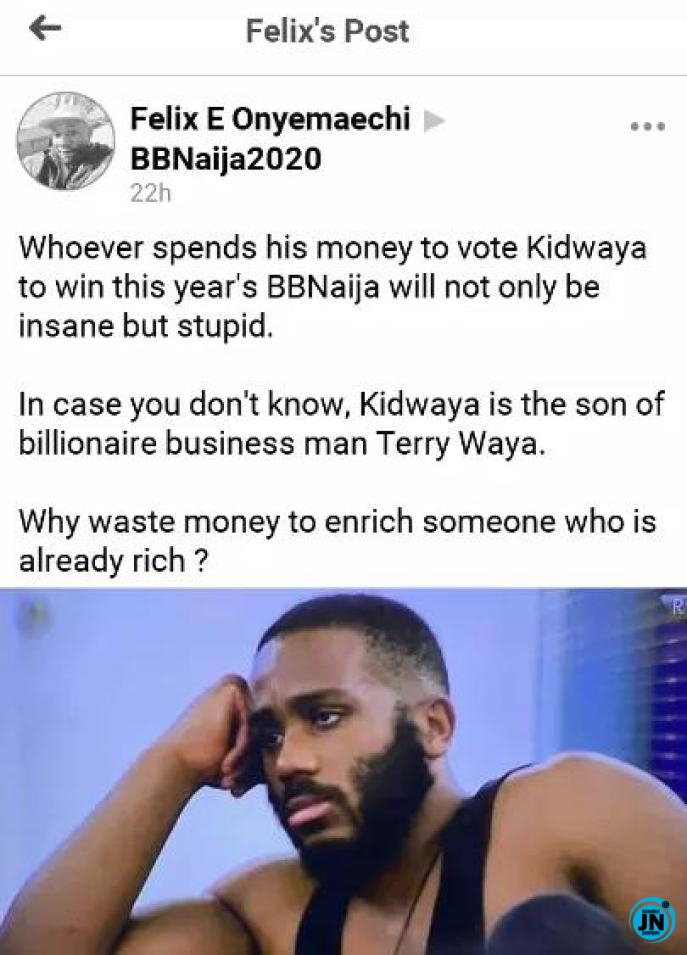 Four Hundred and Thirty-Eight Covid-19 Cases Yet to turn up for Treatment.
Wife poisons husband to death for dating her best friend in Nasarawa; cut off his manhood
Frank Edoho blasts Buhari for laughing when told that #EndSARS protesters want compensation for families who lost loved ones in the protest
Nigerians Explain How Rema Warned Dangote Before His Side-Chick Problems Surface

Oga bbn is never a foundation for d poor . There is no limit on how wealthy u mght be that u cannot contest on d reality show. Calm down and look for ur way to hustle . Neva forget to listen to #dangote by burna boy as u do so. Thank u