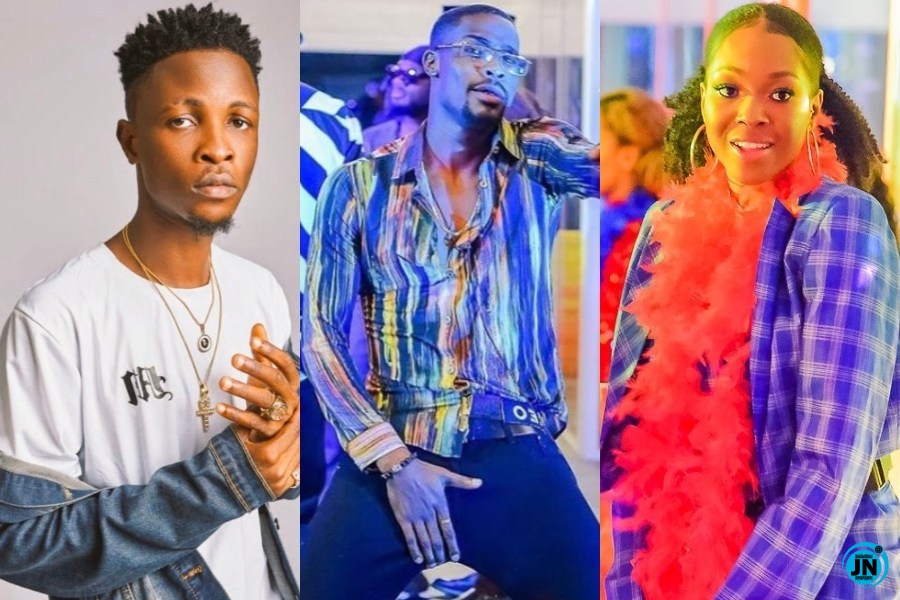 Big Brother Naija Lockdown season 5 housemate, Neo has lost a 50K bet between him, Vee and Laycon over an argument about a song Mayorkun did for the housemates.

Last night, DJ Consequence played the remixed version of his ‘of lay lay’ song which included the names of all the housemates.

According to Neo, it wasn’t Mayorkun who remixed the song to include their names in it. Laycon and Vee argued that it is possible Mayorkun did it because as an artist themselves, these things are easy to do.

Neo disagreed and a 50k bet on it saying they will find out when they leave the house. Apparently Mayorkun tweeted last night that he collaborated with the Dj Consequence to put their names on the record.

So it appears Neo has already lost in advance.

Collaborated with @dj_consequence to give the housemates a special ‘Of Lagos’ dubplate tonight. Hope you all enjoyed it? #BBNaija pic.twitter.com/u9U1PKTDoe

BBNaija 2020: ‘She Must Go This Sunday’ - Viewers React After What Vee Said To Laycon About Erica
‘Bobrisky’s advice might not work for you’ – BBNaija Vee enlightens a fan
BBNaija’s Vee Blasts A Troll Who Said Her Breasts Have Fallen And Have No Remedy
BBNaija 2020 : After washing her pant, Vee reveals status of her relationship with Neo