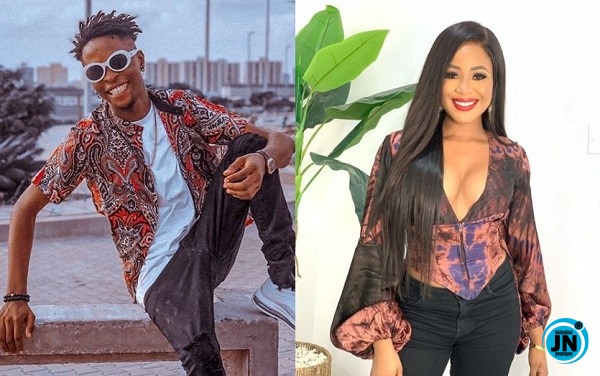 BBNaija season 5 housemate, Laycon during his discussion with fellow housemates, Brighto and Praise, revealed that he’s not going to relent, on his quest to winning Erica’s heart.

According to him, there are things Erica has said to him during their recent conversations that made him believe he still has a chance with her if only he applies more pressure.

Laycon added that he believes that if he continues to add more pressure in his bid to win Erica’s heart, then it would “enter” one day.

However, Brighto and Praise didn’t agree with him as they had a different perspective on the issue, as both told Laycon that Erica is already drawn to Kiddwaya, stating that it would be hard for him to win her heart.

Singer Kcee Flaunts His Bald Head (Video)
#BBNAIJA2020: Watch The Moment Ozo Grabbed Nengi's Waist And Kissed Her (VIDEO)
Everybody Is Talking About What Erica Did To Laycon At Dorathy’s Birthday Party (Video)
#BBNAIJA2020: Moment Neo Dared Wathoni To Show Off Her Pants To Kiddwaya During The Truth Or Dare Game (VIDEO)