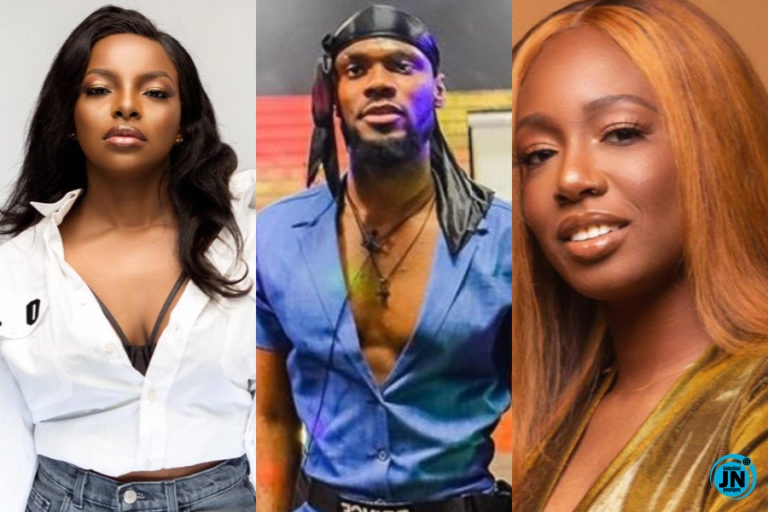 BBNaija 2020 edition housemate, Prince also tagged as “Mr. Steal Your Girlfriend” had a stern warning from one of the female housemates, Tolanibaj who hates seeing him talking with her rival, Wathoni.

Tolanibaj has predicted Wahoni as her enemy and willing to take the war to her, should she see her with Prince the next time. Last night, she sounded it clear to Prince she doesn’t like seeing her with him.

She cited an example where he saw them talking and wanted to shut her down but gave it a second thought.

According to Prince, he was the one who engaged Wathoni in the conversation because he realized she was avoiding him and needed to know why.

Prior to this, he answered “NO” when Tolanibaj asked him if he told Wathoni he liked her.

She mentioned the fact that she hates him talking and eating with Nengi alongside winking at wathoni, She warned him saying “Tolanibaj does not move like that”.

According to her, people with such behaviour of his turn her off, an example is her ex-boyfriend.

TOLANIBAJ to PRINCE: I’ll see you walking around with NENGI and wink at WATHONI. I’ll just be looking at you. Fam, Tolanibaj does not move like that! It’s because I’m here. When I warn you three times, I’ll act like I don’t know you. #BBNaija pic.twitter.com/1rtv2TMpr1

#BBNAIJA2020: "I Was An Alcohol Addict, Until I Met A Girl Who Changed My Life” – Tochi Reveals
#BBNAIJA2020: Lucy Slams Erica For Discrediting Her In The Presence Of Their Fellow Housemates (VIDEO)
#BBNAIJA2020: "I Will Be Able To Control Myself If I Try Not To See Kiddwaya" – Erica Cries Out
#BBNAIJA2020: See The Reason Why Kaisha Said She Won’t Be Going Back To School (VIDEO)