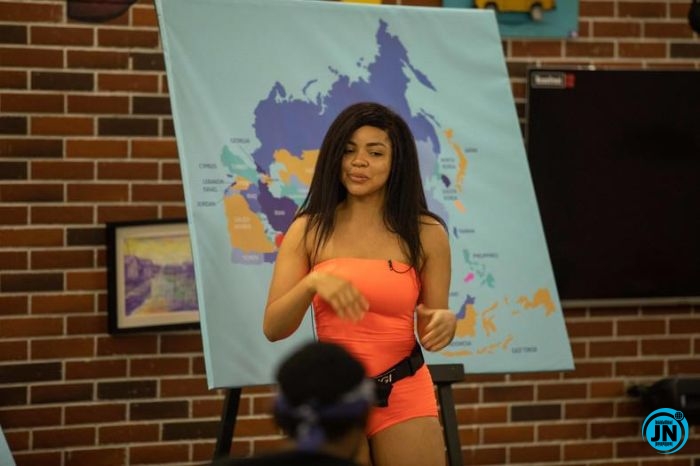 Former beauty queen and 2020 Big Brother Naija housemate, Rebecca Nengi Hampson, has refuted claims by some of her female housemates that she has a mechanism of pulling men to her.

In a chat with Laycon and Trickytee on Wednesday, Nengi reacted to rumors circulating within the house stating clearly that she is not a husband-snatcher.

Nengi made this clarification after Trickytee told her about what other female housemates have been saying among themselves.

According to Nengi, men are the ones who rush her and she does not have that time be snatching people’s men.

In her words, she said;

I Don’t Like To Promote My Music, I Just Like To Make The Music – Wizkid Brags (Video)
BBNaija: Lucy Goes Wide, After Prince Included Her Name in The List Of People To Cook For Him (Video)
#BBNAIJA2020: Dorathy Reveals How She Pays Her Sister To Help Her Wash Clothes (VIDEO)
“If You Leave, I Will Fill The Buckets With My Tears” – Nengi Tells Ozo (VIDEO)