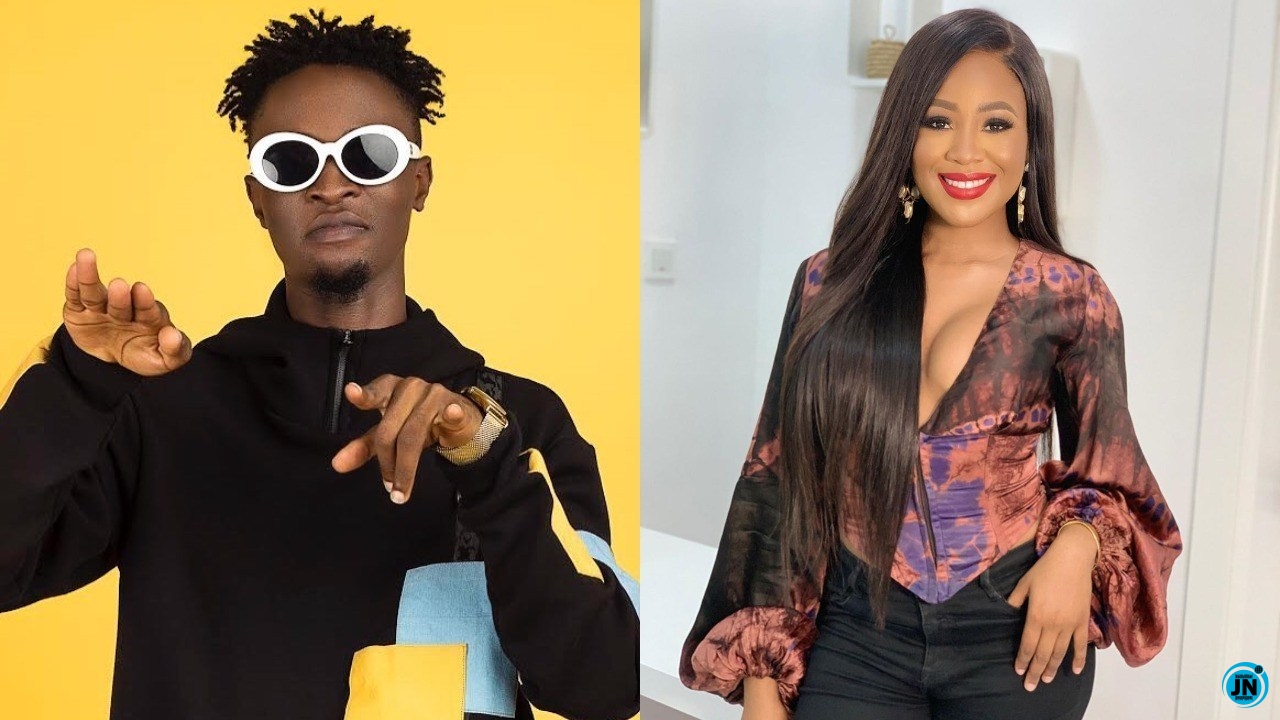 Some concerned fans of Big Brother Naija season 5 housemate, Laycon, has taken it upon themselves, to organize a prayer and deliverance session for the housemate, for God to deliver him from his obsession with fellow housemate Erica, so he could focus on what brought him to the house.

Laycon is in a depressed state in the house right now following the turning down of his proposal by Erica after the latter chose Kiddwaya over him.

You would recall that Laycon sought advice from Big Brother in the diary room on how to deal with his feelings for Erica.

In a video sighted on social media, fans of Laycon were seen praying intensely for the rapper to receive common sense and forget Erica so he can focus on his motive for being in the competition.

Watch the funny video below;

Fans hold powerful deliverance session for Laycon to stay away from Erica and focus!!! . . Follow @mediagist for more exclusive updates.

Photos And Video Of Russians Eating Eba And Egusi For The First Time
Wiseman Daniel breaks away from TB Joshua and SCOAN, starts his own church
Gospel Singer, Sinach & Husband Dedicate's Their Child During Mid Week Church Service
“They aren’t good life partners and don’t even meet my standards” – Lady blast Nigerian men

Ly guy forget that babe your fuckinkg to expensive and cool for that babe.pls focus and get that money. She doesn't worth you guy