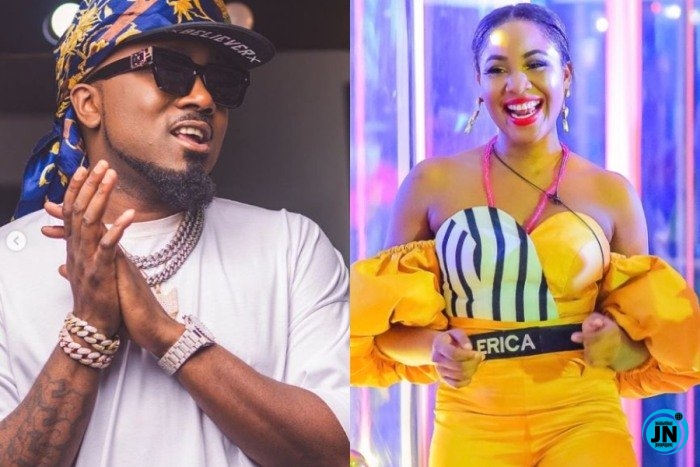 BBNaija female housemate, Erica seems to have lost the support of popular Nigerian rapper and record producer, Ice Prince, after her what's said to be a sex scene with fellow housemate and billionaire son, Kiddwaya, went viral on the internet.

Apparently, the beautiful model and reality TV star, had the backing of the rapper until she fell short of it by allowing herself to be seen live on TV having a romantic session with male housemate, Kiddwaya.

“Erica was my favorite girl”.

Which clearly indicates the reality star, is about loosing him as a fan, because of her sex scandal, with Kiddwaya.

‘God What Sort Of Country Is This?’ – Mercy Aigbe Cries Out Over This…
Tacha Pens Appreciation Message To Governor Ayade & Wife
Fans worry over Toke Makinwa’s appearance at Iyabo Ojo’s movie premiere
Eniola Badmus bags sweet deal with LAWMA months after getting dragged over outfit to Headies