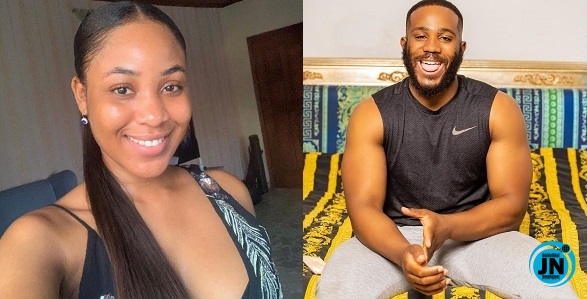 Big Brother Naija season 5 housemates, Erica and Kiddwaya were caught live on camera last night, having the best time of their life under the duvet, while other housemates were asleep.

They seemed to have been in the mood all evening, after they were spotted in a viral video, kissing and touching each other.

Shortly after that, the couple proceeded to their bed where they had a conversation before going under the duvet.

From her facial expressions, it is crystal clear that, something is definitely going down there, between her and Kidd.

However, the said video has generated lots of reactions from social media users, with each airing out their own opinions.

BBNaija’s Ka3na shares throwback video of when she gave birth to her daughter, Lila, ahead of her 2nd birthday (Video)
BBNaija: “Your Dreads Are Longer Than Your D*ck” – Dorathy Humiliates Laycon In A Rap Battle (VIDEO)
How Wizkid Inspired Me - Davido (Video)
Nkechi Blessing receives loads of gifts ahead of birthday tomorrow (Video)